Since the weaker CPI data was released in November, bond yields and mortgage rates have been heading lower. The question then was: What would lower mortgage rates do to this data? Now, with five weeks of data in front of us, we can say they have stabilized the market.

Purchase application data came out on Wednesday and the week-to-week data was down 3%, breaking the streak of four straight weeks of growth. The year-over-year data declined 40%, the smallest year-over-year decline since Oct. 19.

For months I have been saying we were going to have challenging comps from October to January because last year at this time mortgage volume was rising — a rare event this late in the year.

Because of that, we should all expect declines of 35%-45% year over year during this period. If things were getting weaker, 53%-57% negative year-over-year declines would be in play. However, mortgage rates have fallen more than 1% since the recent highs, so it’s time to look at the data to explain how to interpret it.

The bleeding has stopped

First and foremost, the bleeding has stopped in this data line, but the context is critical here. We had a waterfall dive in this data line and adjusting to the population, we hit an all-time low, so let’s put the bounce from the lows in context. This isn’t like the COVID-19 recovery where the data was getting noticeably better on a year-over-year metric; the purchase application data just stopped going down.

For now, just think of it as stabilization and we need to see more of this to make a valid premise that the worst is behind us. 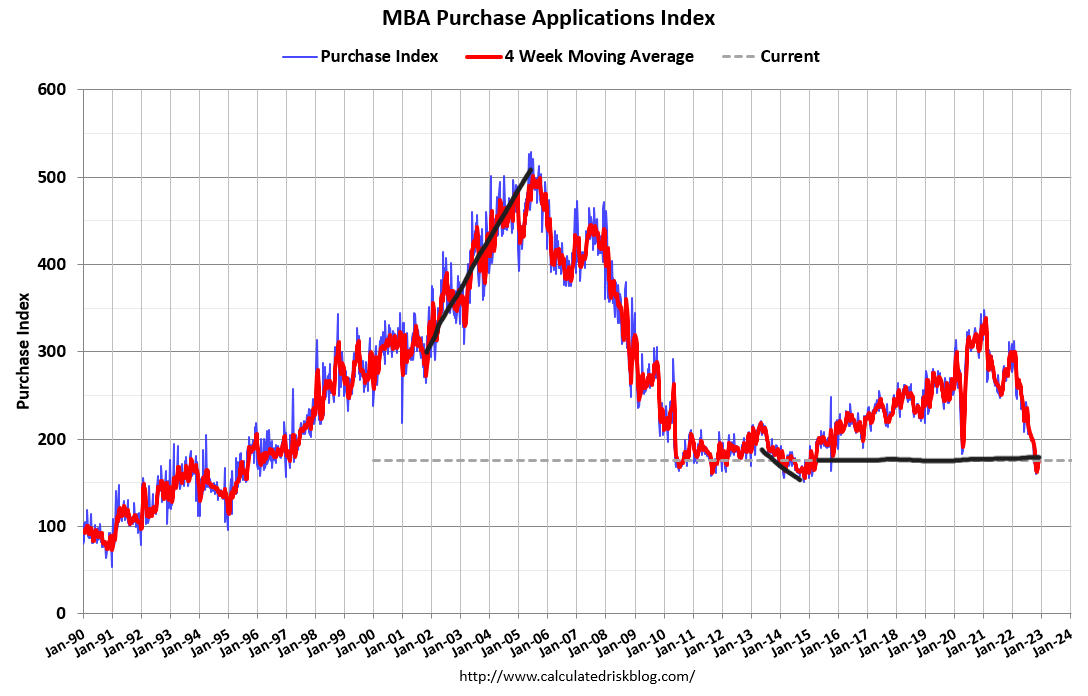 As you can see from the chart above, the last several years have not had the FOMO (fear of missing out) housing credit boom we saw from 2002-2005. Accordingly, we also haven’t had a credit bust in the data line.

What I mean by a credit bust is that after the housing bubble burst in 2005 into 2006, we saw a massive increase in supply. These were forced credit sellers, which means these sellers don’t sell to buy a home like a traditional seller does. Since they were distressed forced sellers, inventory skyrocketed in 2006 and stayed very elevated in 2007 and 2008.

As we can see below, none of that is happening today because the seller isn’t stressed.

NAR: Total Inventory levels 1.22 million
Historically inventory levels range between 2 million and 2.5 million, the equilibrium balance between a buyer and seller marketplace that has been here for four decades. Only from 2006-2011 did we see this break due to forced sellers who couldn’t buy homes.

Using Altos Research, which tracks up-to-date weekly data, we can see that inventory is having its traditional seasonal decline now. Remember that inventory is always seasonal; it rises in the spring and summer and fades in the fall and winter. 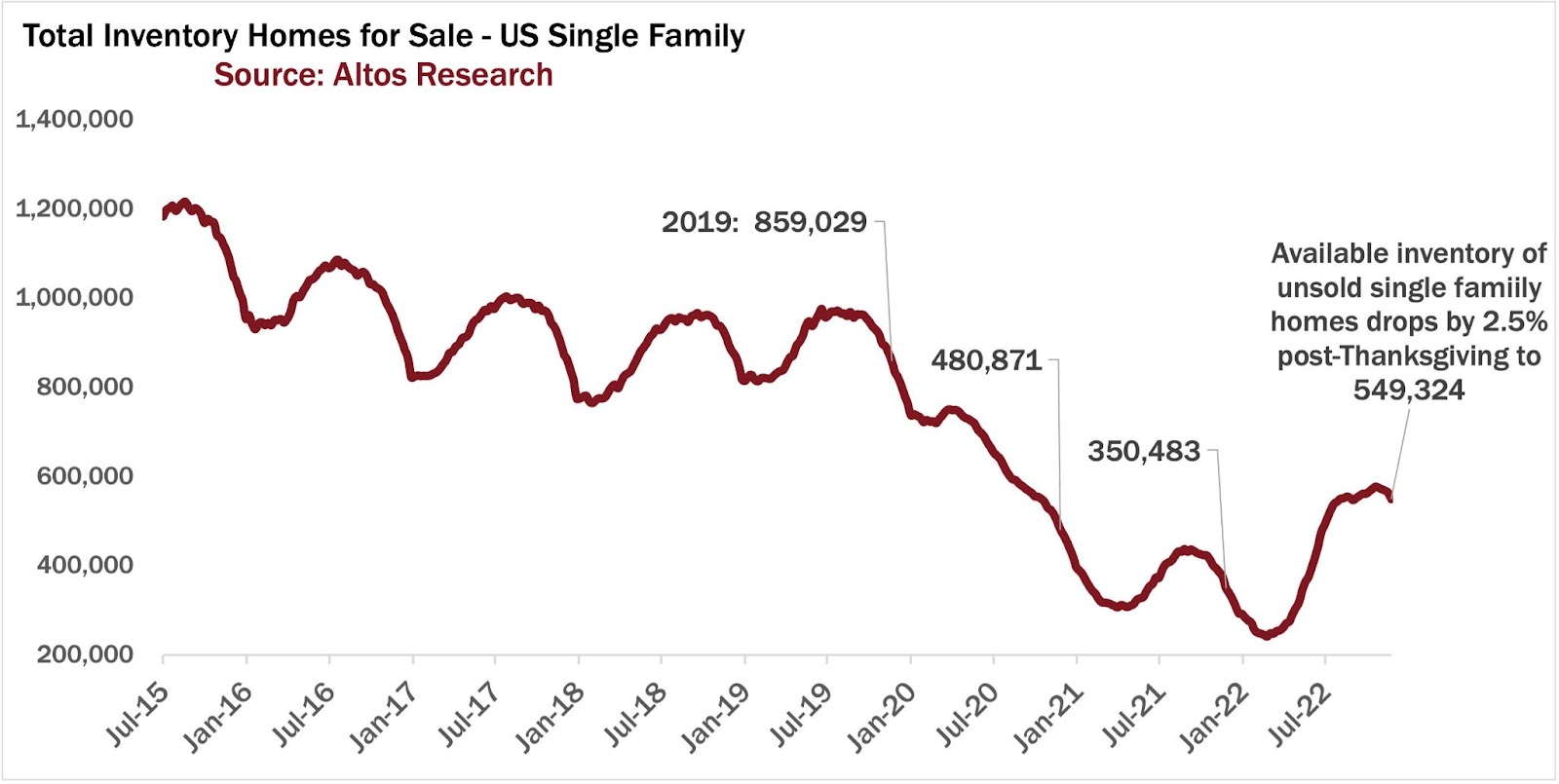 One issue that has created a waterfall dive in purchase application data and sales is that new listing data is declining faster than usual. That’s a double whammy on demand and a reason for the waterfall in existing home sales data.

Traditionally, when mortgage rates rise post-2012, home sales trend below 5 million. This time the hit on demand is much more challenging as we are working from a savagely unhealthy rise in home prices since 2000, and mortgage rates have skyrocketed in the most prominent fashion in modern history.

Mortgage rates went from a low of 2.5% to a high of 7.37% — purely savage. Naturally, with those two variables in place, demand will collapse. 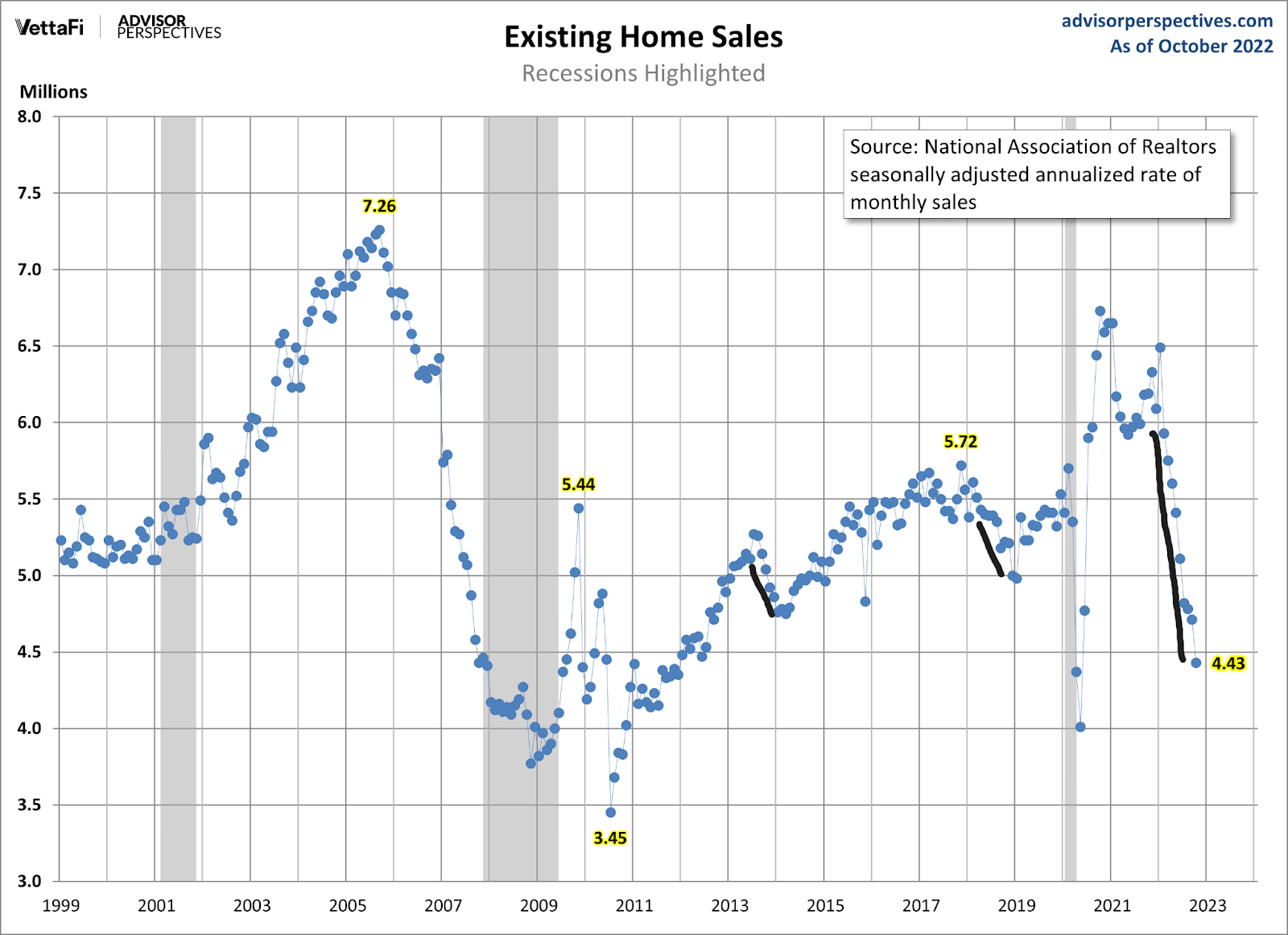 Since the summer of 2020, I have believed the housing market could change in terms of cooling down, but it would require the 10-year yield to break over 1.94%. This was something that wouldn’t happen in 2020 and 2021, based on my forecast.

However, 2022 was going to be the first year this could happen if global yields rose. Well, not only did that happen, but with the Fed’s aggressive pivot, the Russian invasion, and the stronger dollar, the 10-year yield and mortgage rates have had a historical ride this year.

Also, I believed the risk to the housing market was if home prices grew more than 23% over the five years of 2020-2024. Well, that happened in just two years, so my affordability models are off the charts. Since 2013 I have said that mortgage rates over 5.875% would be problematic to housing. Rate above 7% made things even worse.

With that said, bond yields and mortgage rates have been falling noticeably since the weaker inflation data. We are on the verge of mortgage rates getting below 6% soon. 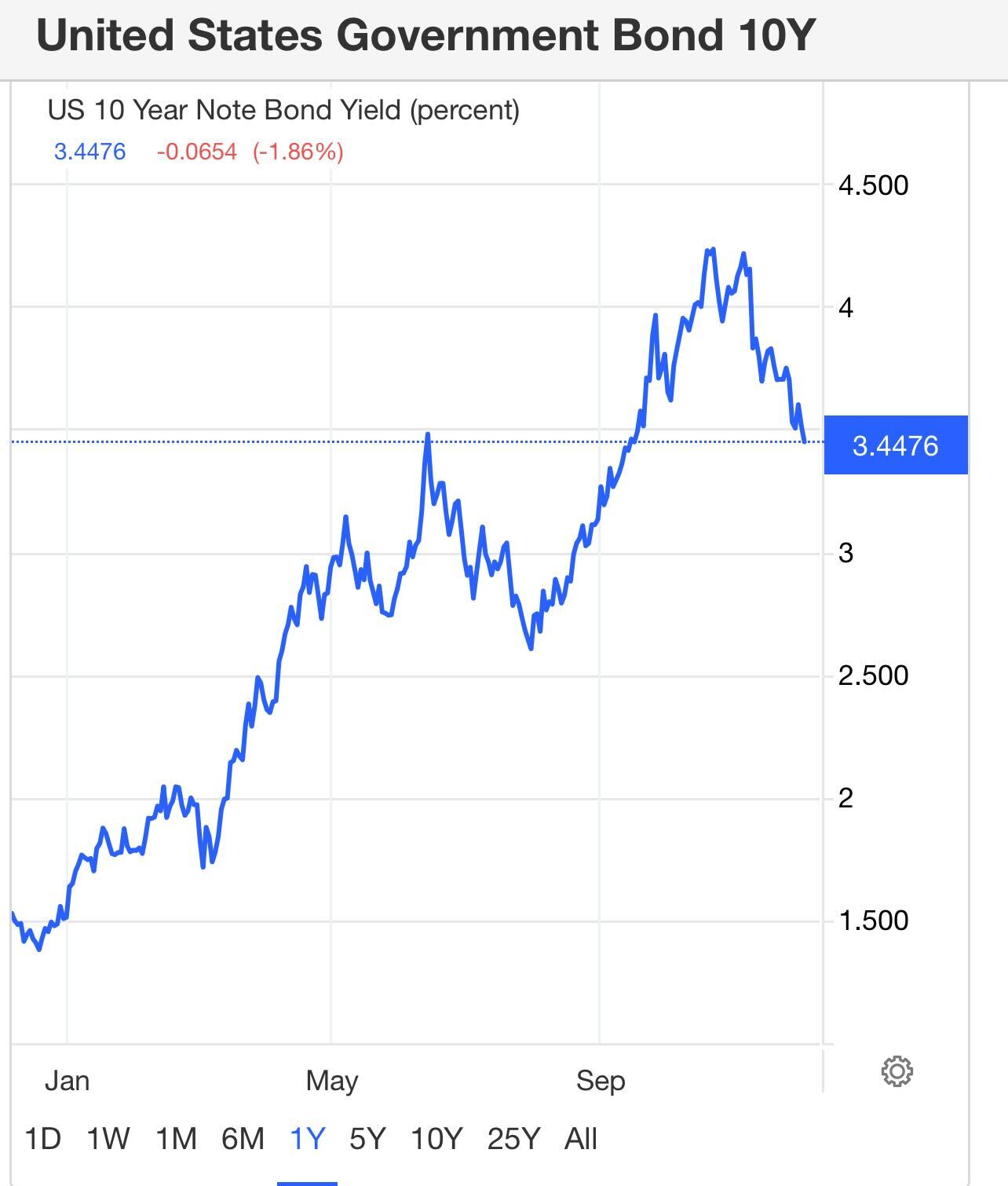 So what to make from all this data? Think of it as a stabilizing impact; for now, it doesn’t represent a rebound in demand or anything in that light.

If mortgage rates can get toward 5% and stay there for a while, that would be the best thing to try to get the housing market out of a recession. We have to remember that purchase application data looks out to 30-90 days, so the recent stabilizing data line most likely won’t show up in the reports until January or February, which really means the months of February and March since the data is backward looking.

Also, we need significant context with this survey data line; it just got hit with a massive demand destruction wave that impacted first-time homebuyers and sellers, who would typically buy homes as well.

All we have done here in the data is stop the bleeding. The peak year-over-year decline was 46% on Nov. 16, and now we are showing a drop of 40%, so even the better year-over-year data needs context.

We will know when housing is getting better when the year-over-year declines get less and less, and then at some point, we will show positive growth since the bar is so low. However, we aren’t at that stage yet. For now, as long as mortgage rates head lower, that is a positive move for the housing market.