The Census Bureau‘s new home sales report released Tuesday hailed another defeat to the housing bears’ doom and gloom predictions for 2020 after COVID-19 hit our economy. There may have never been another time in the history of America when the bears have whiffed so severely.

When we compare this recession to the previous one, instead of a housing crash, we have a housing market that is outperforming every other sector in the world, during the most impactful economic and health shock in recent modern-day history.

That’s a lot of hyperbole, but all of it is true.

You may have heard from others that low inventory was curtailing sales,  but apparently we had enough supply to drive demand to pre-cycle highs even with monthly supply falling in the previous reports.

Let me say this again for the kids in the back of the class — we have pre-cycle highs in demand with new cycle lows in inventory.

Yes, it works that way.

Since we are coming from the weakest housing recovery ever into the best housing demographic patch ever, we have built-in demographic demand.  Still, the market is not overheating, even with mortgage rates this low.

Back in May of 2013, I wrote about how higher mortgage rates will impact demand. We didn’t have the right demographic patch yet to handle higher rates. To refute this idea, housing pundits brought out their mortgage calculators to show how little monthly payments would increase with the increased mortgage rate. But apparently that is not the way would-be buyers look at it.

When we look at the rate increases that occurred in 2013/2014 we see that demand did take a hit. This was especially true in the new home sales market, which missed sales estimates by 20% even though sales were being compared to historical lows.

The rule of thumb for mortgage rates has always been for me when the 10-year gets above 2.62% you need to start expecting demand to dampen. While a 10-year above 2.62% may still translate into a historically low mortgage rate, history tells us this will push the “marginal buyer” out of the market and cool down the entire sector.

In 2018, higher rates affected new home sales demand to such an extent that inventory went over 6.5 months of supply – which effectively halted the rate of growth of construction in 2019. The long and short of it is that when economic growth picks up and yields rise, this can have a detrimental effect on the housing market.

In my 2020 prediction article, I stated that the bond market needed to close above 1.94% and have follow-through selling in order to prove that the markets had confidence in an economic growth story for 2020. That never happened in 2019 after we got the inverted yield curve, or 2020. Then the virus hit us, sending the 10-year yield all the way down to a March 9 low of 0.33%.

Since then, we recovered and right now, we are okay as mortgage rates hit an all-time low this year. However, for the future, I would recommend keeping an eye on housing demand if the 10-year yields get above 1.94%.

This will be the first test on how the housing market reacts to higher mortgage rates. If we see those yields and we don’t get a drop in demand, especially in new home sales, this will be a tremendous affirmation of the strength of the housing market. But, I’ll need to see it to believe.

To reiterate my key takeaways, remember that higher mortgage rates do matter. Even if 4.5% -5% are comparatively low mortgage rates, they do impact demand. The builders are sensitive to this and will react by stopping the rate of growth of construction if monthly supply gets over 6.5 months.

The bond yield increase which led to higher mortgage rates never crashed home prices, but it did cool prices down. In fact, in 2019, real home prices went negative year over year, which I still today cheer as a healthy event for housing. 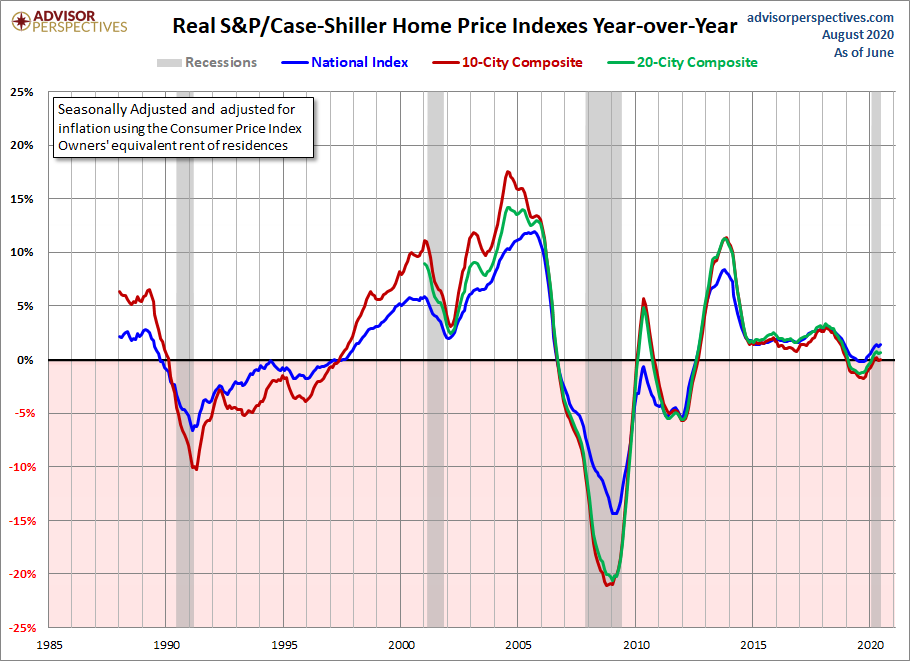 Housing is sticky and housing tenure is at 10 years now. In 2018 and 2019 we had a beautiful dance in the housing market — sales were falling, but not by a lot and inventory was rising year over year,  but not by a lot. This  cooled the rate of growth in home price, with prices remaining relatively stable.

A stable housing market isn’t sexy, but it’s the good kind of market to have.