PRMI has hired Steven Sless as its reverse mortgage division manager. In his new role, Sless will be opening the lender’s first consumer-direct retail branch that deals exclusively with reverse mortgages in Maryland. 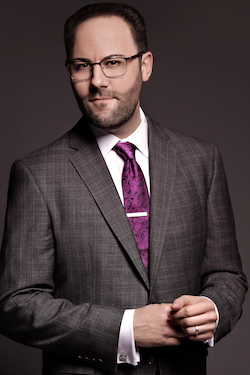 Together, the two will focus on educating traditional loan originators working at PRMI’s 270 branches nationwide about reverse mortgages, and help them engage their referral partners about the product.

Previously, Sless worked for US Mortgage Corporation, where he launched a reverse mortgage division and built a curriculum to teach originators about the product.

He’ll also be developing consumer-directed marketing campaigns about the product for PRMI that will include story-telling through video.

“With the amazing infrastructure that the company has put in place, I don’t think there is another company in the country positioned as well as PRMI is to capture reverse market share and become a top reverse mortgage company,” Sless said.

“We are thrilled to welcome Steven Sless to the PRMI family,” said PRMI President of Retail Chris Jones. “Our commitment to helping customers utilize the benefits of reverse mortgages is only augmented by the addition of Steve and his team. Steve’s experience is invaluable, and we can’t wait to see where this partnership takes us.”

5 tips for finding the right mortgage lender for you

Before shopping for a new home, you should shop around for the right mortgage lender. The type of mortgage you qualify for is just as important as the mortgage lender you work with.