Fannie Mae reported an increase in its net income in the first quarter of 2018, rising from the loss last quarter that was driven by a remeasurement in the company's deferred tax assets, according to the company’s earnings release.

Fannie Mae reported a net income of $4.3 billion and a comprehensive income of $3.9 billion in the first quarter of 2018. This is up significantly from the loss of $6.5 billion posted in the fourth quarter.

However, last quarter’s losses were also due to changes made from tax reform. In anticipation of the coming changes, both GSEs were even allowed to regain their capital reserves and withhold $3 billion from the Department of the Treasury.

But even that wasn’t enough to cover the loss, and both Fannie Mae and Freddie Mac were forced to draw from the Treasury after announcing their fourth-quarter earnings.

Now, in order to keep its $3 billion in capital reserve, the company will pay the Treasury a dividend of just $938 million by June 30, 2018.

The company’s comprehensive income increased from the first quarter of 2017, when it posted earnings of $2.8 billion.

Its single-family sector is growing, as single-family pre-tax income rose from $4.3 billion in the fourth quarter to $4.7 billion in the first quarter, driven primarily by increases in the fair value of the company’s mortgage commitment derivatives due to rising interest rates. It also saw increases in the fair value of its risk management derivatives due to an increase in longer-term swap rates.

Earlier this week, Freddie Mac also posted its first quarter earnings, reporting a comprehensive income of $2.2 billion for the quarter.

And after both GSEs reported their incomes, the National Association of Realtors stepped up to urge the companies to utilize some of their profits to reduce guarantee-fees for the mortgage industry.

“Realtors believe that fees should reflect the enterprises’ newly lower corporate tax rate, preserve the current target rate of return and be used only to protect taxpayers against enterprise-related losses,” Mendenhall said. “High fees should not be used to pay Wall Street-like returns to the U.S. Treasury and fund general government spending.”

The company’s release showed g-fees are a major source of its net interest income, far outpacing income earned from its mortgage portfolio balance or other activities. 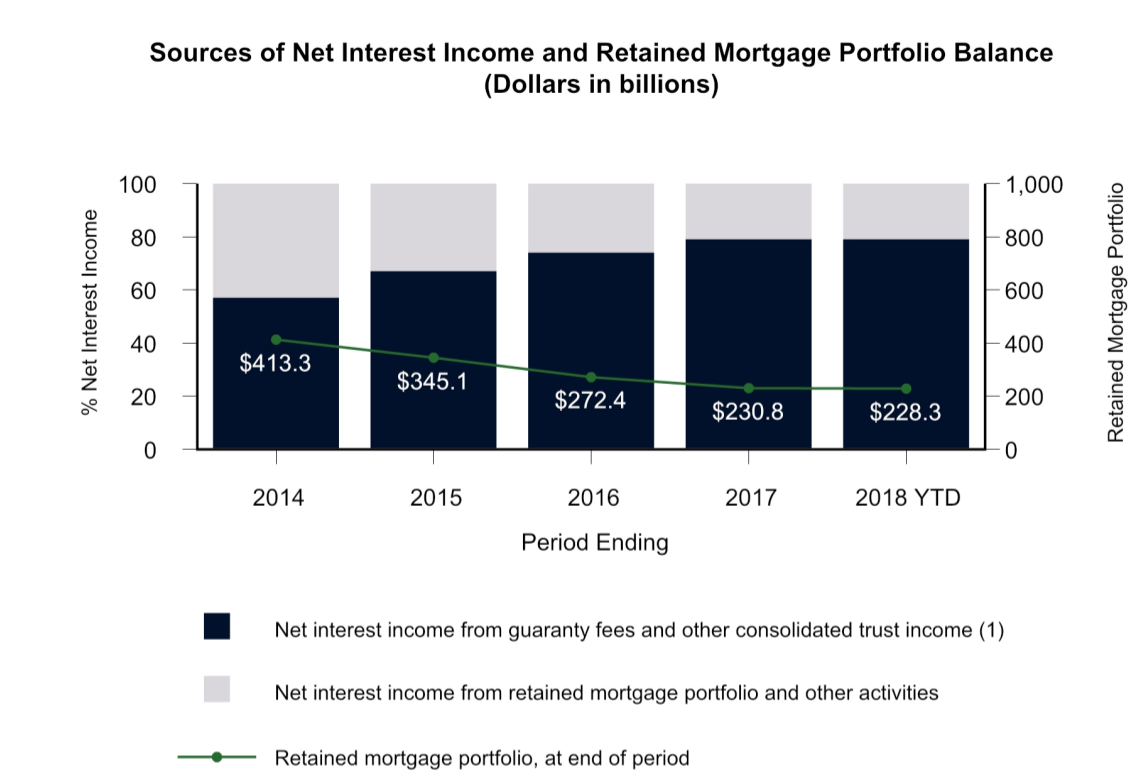 Acra Lending is looking to make fix & flip lending simpler and more efficient for borrowers, lenders and brokers. The company has created a new vertical of loans and an entirely new LOS designed just for borrowers looking to purchase a home and renovate it to put back on the market.