Under co-founder and CEO Nate Baker’s leadership, real estate closing platform Qualia has successfully launched a platform centralizing the closing process and expanded its usage to thousands of title companies, lenders and brokers.

Over the past 12 months, Baker was instrumental in scaling the business and achieving its impressive growth trajectory, extending the platform from 15 to 50 states. As part of this effort, Baker grew the company’s team from 20 to more than 60 people. 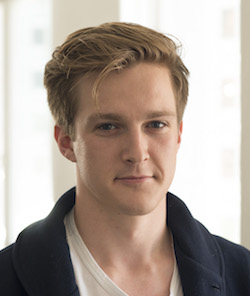 To maintain the highest standards, Baker never wavered from his commitment to developing personal relationships with prospects, new hires and long-term employees. He believes this focus on hiring right for talent, culture and vision creates an atmosphere where everyone is engaged with the company’s mission and dedicated to creating a better real estate closing experience.

“Together, we’re building the tools that empower closing teams that include title companies, lenders and brokerages. Everyone is so smart and so invested in being part of Qualia’s upward trajectory. We’re solving a massive coordination problem that has existed for years with real estate transactions which is no small task. We’re lucky to have an incredible team that genuinely enjoys working together to reimagine the closing process from the ground up.”

Baker was integral in accelerating the company’s financial growth by securing funding from top venture capital firms including Formation 8 and Bienville Capital. Their economic support and technology industry insights have been invaluable to Qualia.

What’s has been your secret to success?

“It’s our people. Together, we’re building the tools that empower closing teams that include title companies, lenders and brokerages. Everyone is so smart and so invested in being part of Qualia’s upward trajectory.”

Is the U.S. in a housing bubble?