During the second quarter this year, the risk in mortgage lending inched up as the market shifted toward an increased share of investor loans, according to the Q2 2017 Housing Credit Index released by CoreLogic, a global property information, analytics and data-enabled solutions provider.

The chart below shows that while mortgage risk remains at the 2001 to 2003 benchmark level, it has been increasing since 2016, and if the trend continues, could soon surpass these levels. 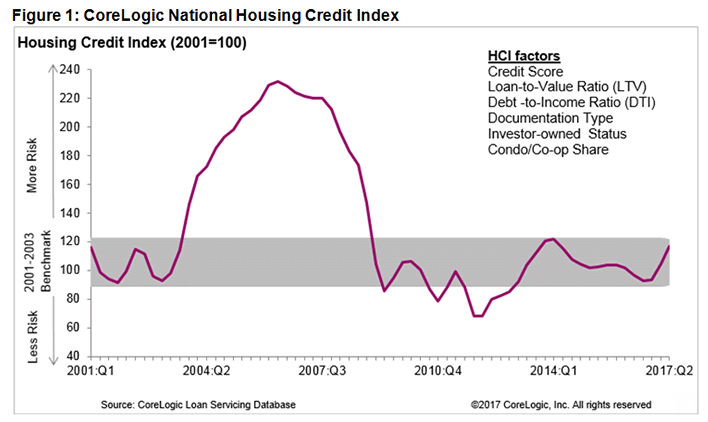 This loosening was mainly due to a shift toward more investor and condominium loans, which offset lower risk attributes such as positive advancements from credit scores, debt-to-income levels and loan-to-value ratios.

“Mortgage risk for new originations increased modestly in the second quarter of 2017, but much of this rise was due to a small shift in the mix of loan types to more investor and condominium loans, which have slightly higher risk attributes,” CoreLogic Chief Economist Frank Nothaft said. “Despite the somewhat higher risk of new origination loans, purchase mortgage underwriting remains relatively clean with an average credit score of 745 and low delinquency risk.”

Credit scores increased an average of nine points from last year, increased from 736 to 745. In fact, the share of homebuyers with credit scores less than 640 dropped to 2%. This is down from 25% of homeowners in 2001. 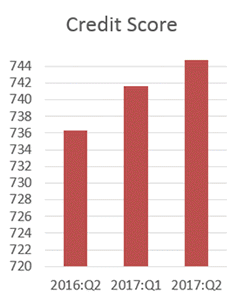 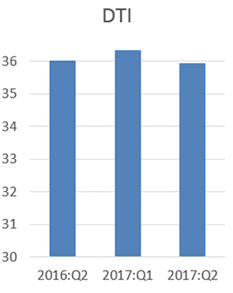 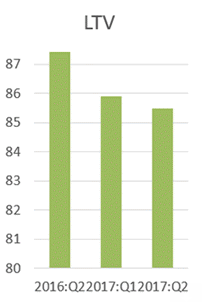 The investor share of home-purchase loans increased from 3.6% last year to 4.2% in the second quarter of 2017.

The share of mortgages secured by a condo or co-op building increases as well, hitting 11.1%, up from 9.6% last year.

Low or no documentation loans remained a small share in the mortgage market, but increased slightly from 1.5% to 1.7% of home purchase loans from last year.