Home prices increased once again in April, up from the previous month and previous year, according to the House Price Index released by the Federal Housing Finance Agency.

Home prices increased 0.7% month-over-month in April, FHFA’s seasonally adjusted index showed. This marks an increase of 6.8% annually. And the previous month’s reported 0.6% increase was revised upward to reflect a 0.7% increase in home prices.

This chart shows the solid trend of increasing home prices since early 2012, and the point where home prices surpassed their previous peak in 2016: 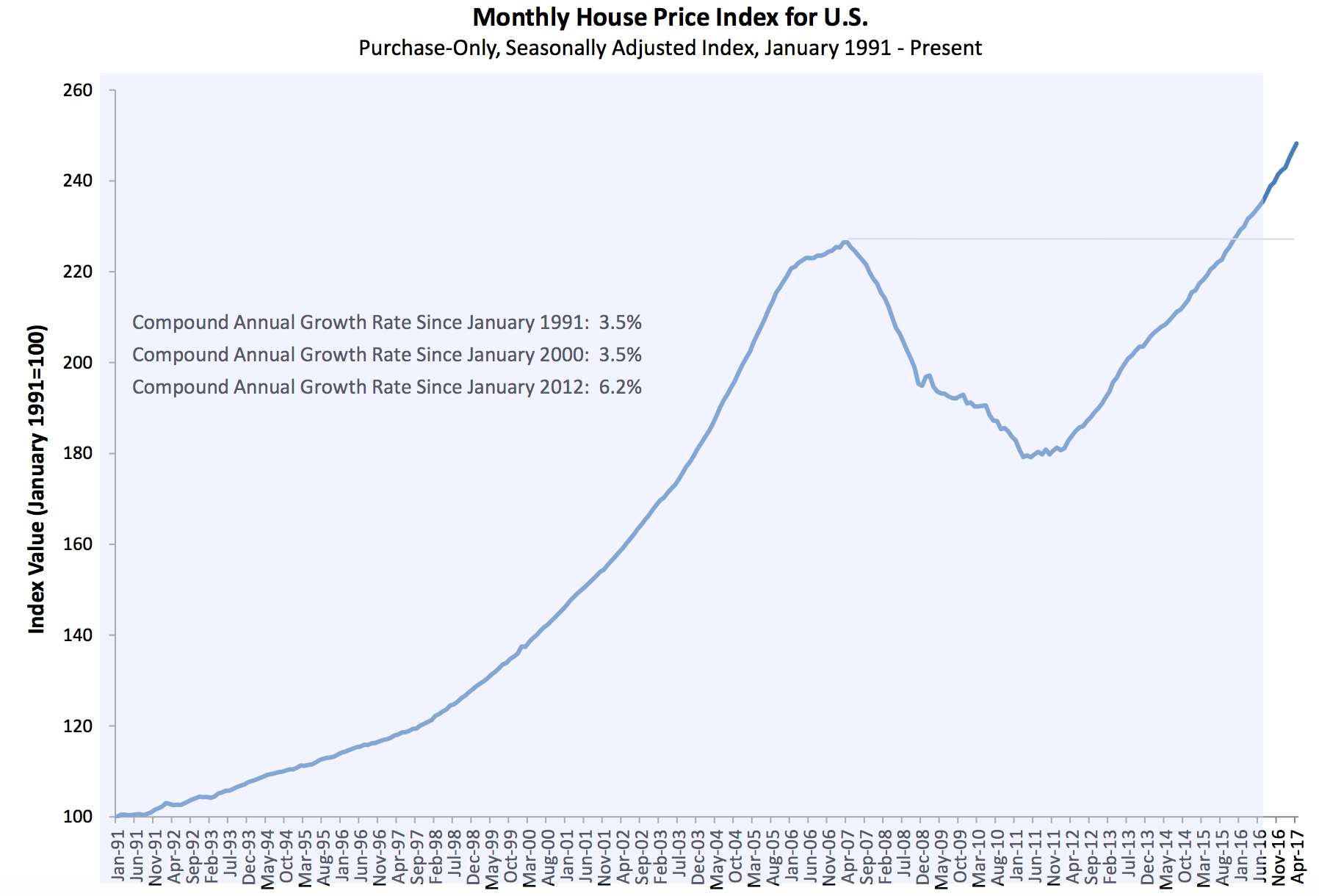