It’s not only home prices that are on the up and up, the cost to rent is going up too as renters continue to move in from the suburbs into city centers.

Nationwide, the average renter in 2016 paid $1,001 per month, according to the latest data from ABODO.

ABODO uses more than 1 million listings across the United States to calculate the average 1-bedroom rent price by city, state, and nation.

This specific report analyzed at the entire year of 2016 and found that the average monthly change was .67%, for a total increase of $85 between January and December.

The chart below shows the monthly changes in rent since the start of 2016. 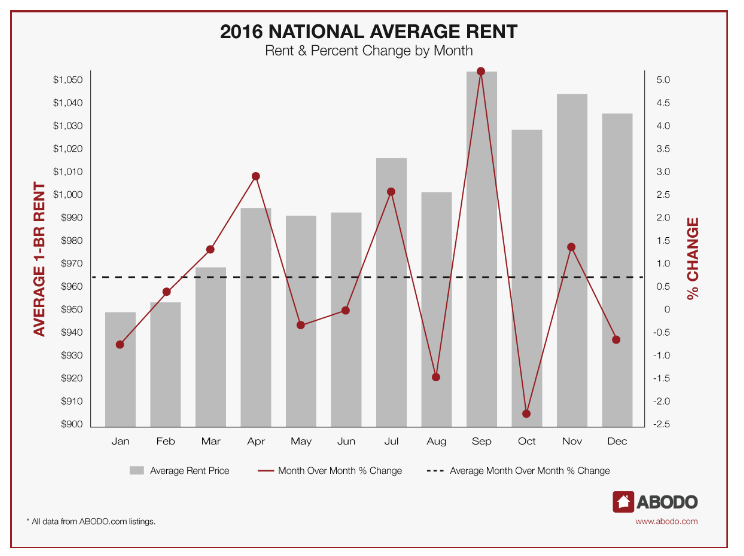 However, the chart above is a very broad overview of America, and rent data changes drastically when you break it up by city and state.

The chart below shows the average rent in each state in 2016. New Jersey posted the largest average monthly decrease of 1.3%, down to $1,402, while Rhode Island recorded the largest hike of the year, up a monthly average of 7.1%, pushing the average one-bedroom price up to $1,186.

The next chart shows the cities with the greatest rent rises and falls. 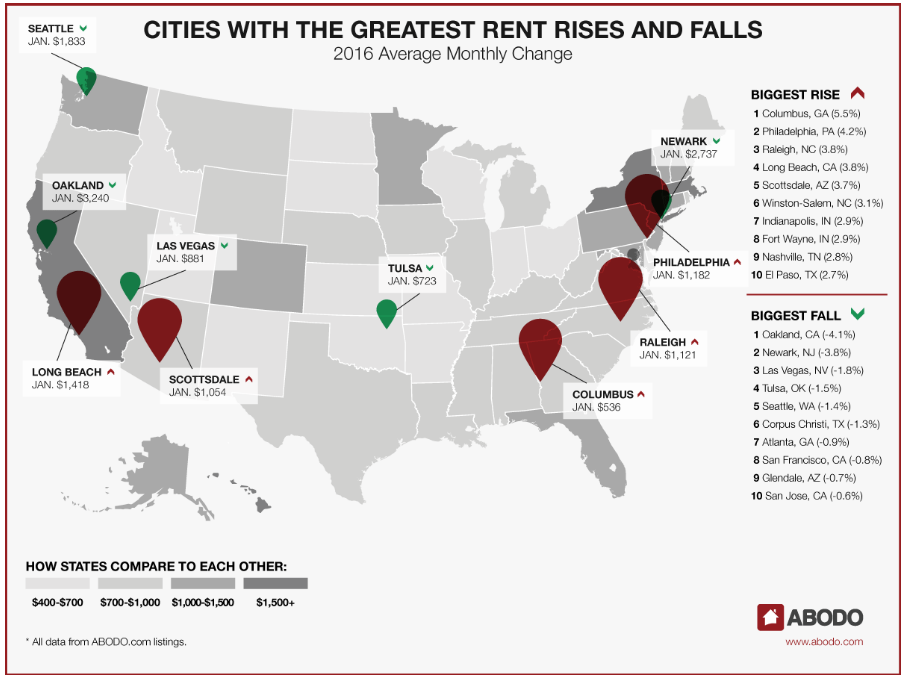