“Jean Badciong is the exact, right person to fill the vital role of Chief Compliance Officer,” Knowlton said. “Badciong’s encyclopedic knowledge of the mortgage business and process is common knowledge at Inlanta and we will all rest easier knowing that a person of her caliber is leading compliance initiatives.”

“As Badciong focuses on compliance, Buege will share his tremendous energy, enthusiasm and wealth of knowledge as he leads our operations team during this exciting period of expansion for Inlanta,” Knowlton added. 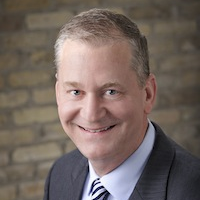 Inlanta has 31 branches in 16 states and more than 200 employees. The company is an agency-approved lender for Freddie Mac, Fannie Mae, FHA/VA, FHA 203K and USDA loans. Inlanta also offers numerous state bond agency programs as well as a full suite of jumbo and portfolio programs.

“Inlanta is experiencing rapid growth as new branches join our family and various third-party origination business agreements are solidified,” Inlanta President Nicholas DelTorto said. “Smooth operations are expected under Buege’s and Badciong’s strong leadership in their respective areas. Inlanta is very fortunate to have the talent that we do.”