Whether we personally were infected by COVID-19 or not in the past year, we all suffered the pains of a sick economy as members of the American family. Now that the economy is on the verge of reopening, we can anticipate the release of pent-up demand for labor along with increased spending in specific sectors of our economy. Government disaster relief that kept the unemployed afloat last year will be with us for most of this year, too.  However, Biden’s proposed fiscal stimulus package of around $3 trillion for infrastructure, education and workforce development should be replacing disaster relief.

Part of Biden’s proposed stimulus is focused on getting everyone who lost jobs due to COVID back to work and the economy on better footing. By the end of September 2022, I anticipate seeing the total jobs data look a lot like February 2020 before COVID-19. Hopefully, we will see these near-total employment numbers even sooner, but we still have a few roadblocks that need to be conquered.

Let’s say we do get back to February 2020’s employment levels: what will that do to inflation? It’s been a while since we had to think about inflation, and it’s a sign of the times that we are adding this back to our topics of conversation, along with higher mortgage rates. This means America is back, and the conversation is now shifting to growth rather than a deflationary crisis. So let’s take a peek at what the future holds.

Although the United States has a young workforce to replace older workers, the economy is too mature to be fast-growing. For this reason, I have capped out my 10-year yield forecast for the past few years (before COVID-19 hit us) at 3% in the previous expansion.

Right now, the economy is opening up with pretty solid consumption and manufacturing numbers already in place. Let’s assume we will add to this mix a true not-messing-around stimulus plan – the first of my lifetime. Lately, in social media posts, I have emphasized that the 10-year yield and mortgage rates are too low based on our economic data. Because COVID-19 is still curtailing travel, entertainment, and other sectors of the economy, our full-blown economic potential is not realized here and around the world. But when we start running at full stride again, mortgage rates of 4% to 5% or higher should come into play. This should be a short-term event because I don’t believe we can sustain the growth levels of 2021 going out unless we fiscally stimulate the economy.

Some may wonder why the trillions of dollars of disaster relief we have already pumped into the economy haven’t resulted in massive inflation, as some speculators warned would happen. What they were blind to was that replacing lost incomes isn’t inflationary; it merely prevents deflation. Also, relief check funds that were not spent on the necessities of living went into savings. As you can see below from the graph, our savings rate exploded during the pandemic — and is about to get another push once the $1,400 checks are received and put into the data lines.

As a general economic rule, widespread inflation is caused by a shortage in goods and services – or in common vernacular, too many dollars chasing too few goods. So, where is the shortage of goods and services that will drive this phantom inflation out of control? Sure we had a little back-up at the Suez Canal (on a side note, does that story remind anyone else of Gulliver and the Lilliputians, or is that just me?) Also, we have chip shortages around the world and service delays do increase the cost. However, this has nothing to do with us providing disaster relief for our American citizens.

Anyway, back to inflation. We should see some growth in inflation data as the economy is back. But as the specter of COVID-19 becomes relegated to our list of monsters that have been conquered along with polio and smallpox, more facilities will go on-line, hire more people and start pumping out the goods like there is no tomorrow. Sure there is some pent-up demand in specific sectors – like travel – but again, we are going from a low level to normal in these sectors. Heck, I already booked three flying trips for this year!

These are not the conditions that spell rampant inflation that people have feared for four decades. The weird thing is that these inflation hawks are the same people who say the U.S. has had negative real GDP growth for decades because inflation isn’t adequately accounted for. Don’t fall for this trolling act; I have been pushing that specific prices of goods will see hot inflation for months now, but I add that the data will moderate over time. The U.S. has the reserve currency of the world for a reason. We are a wealthy country with a massive young demographic edge over other nations. 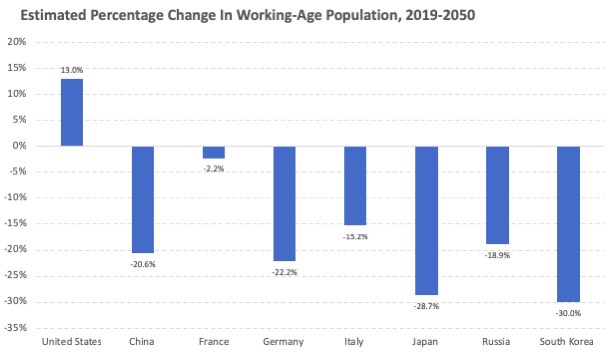 Next time someone says the dollar is worthless or will collapse, ask them how different countries’ currencies will fare if this happens, like the yen, euro and peso.

Consumer Price Index CPI year-over-year inflation is measured against what happened in the previous year. Because oil prices collapsed last year and have since recovered, we will see reports of increased headline inflation this year, but don’t confuse that with an increase in core inflation. In time, because shelter inflation (rent) will pick up, we should get core CPI over 2% growth soon, as shelter inflation is the most significant CPI component. 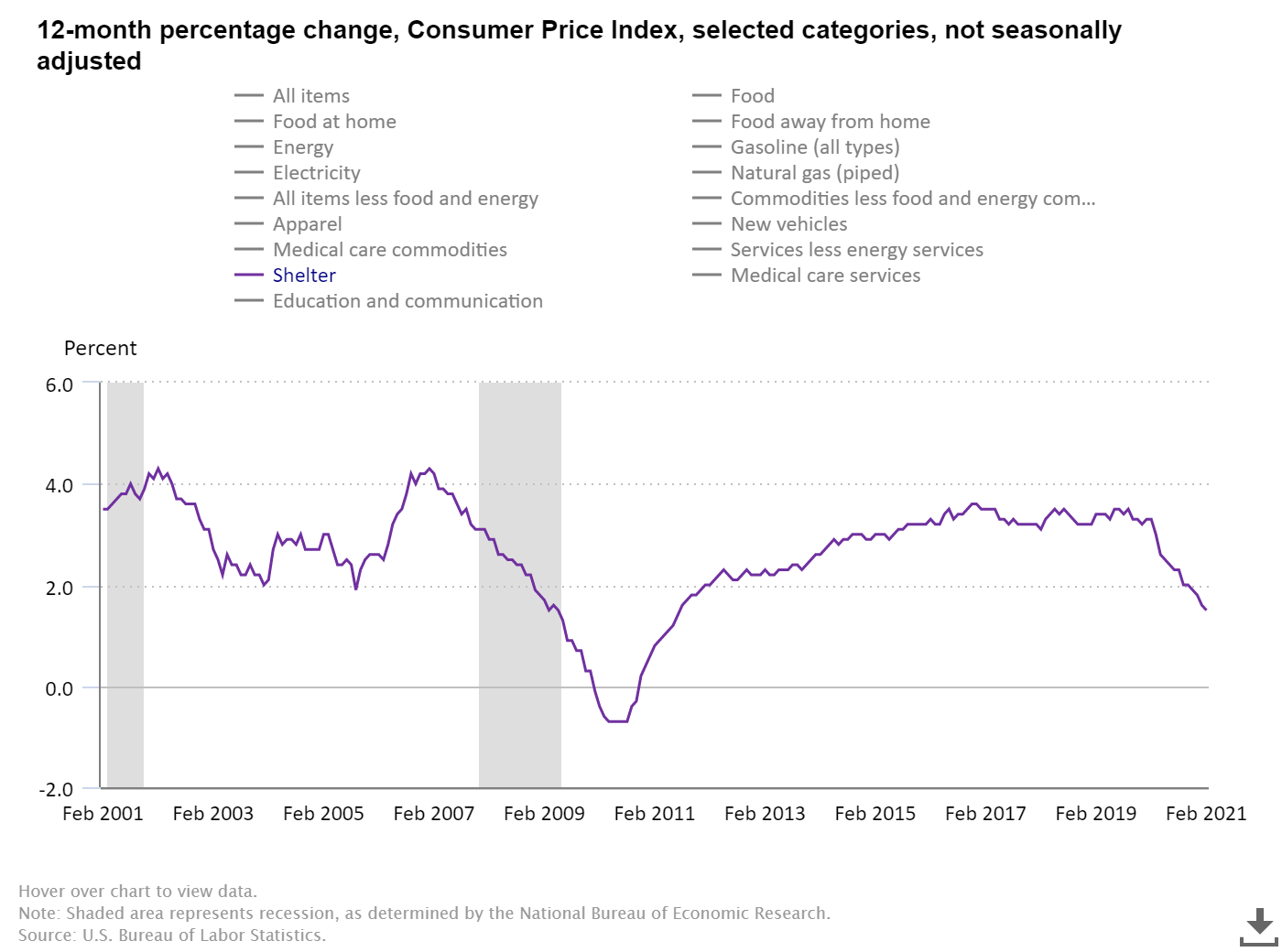 In theory, this new $3 trillion stimulus could facilitate economic growth to a level higher than what we had in the previous expansion and drive mortgage rates toward 5% plus. If this happens, it will impact demand, especially in the new-home sales marketplace. But even if this happens, it will be temporary as the economy is growing back from a brief COVID-19 pause.

I am not a big believer that mature economies like the U.S. can have a construction boom of scale or a long inflationary boom. Let’s wait and see what Biden’s final stimulus plan will be before we start making grand prognostications. An infrastructure plan, for example, could take 10 to 15 years to finish. We may commit the funds right away, but it takes some time to get the projects up and going. There may be short-term inflationary pressures in materials and finding and paying for labor, but the U.S. isn’t the fastest at getting things done when it comes to infrastructure.

Regarding the first-time homebuyer tax credit proposed as part of a stimulus schedule, I don’t support it. Do we want to add more potential buyers into an already too-hot market? Nevertheless, no economic sector turns away a government stimulus package. I will be shocked if the real estate community rejects this plan. If the tax credit comes into play, I hope it happens when we have higher rates and the days that homes are on the market are longer than 20 days.

After trillions of dollars have been spent, or at least committed in Biden’s latest stimulus, look for growth to moderate back to the trend we established in the previous expansion. Mortgage rates should rise, which should cool housing price growth and result in more inventory as homes spend more time on the market. The first-time homebuyer tax credit will add another variable to the demand equation. However, demand will be stable for the next few years.

I don’t expect a boom in housing construction. Builders learned their lesson in the mid-2000s and understand that it is not in their best interest to create more residential real estate beyond the standard demand curve. They also learned their lesson quickly in 2018 as mortgage rates at 5% were too high for construction growth. Multifamily construction can see some growth. This sector hasn’t done well in 2020 or in 2021. However, I just don’t see a construction boom for single-family homes anytime soon to make people happy.

In summary, expect economic growth to pick up, but not so much that we have to worry about something like the massive 1973-1980 boom in inflation growth. The dollar isn’t going to collapse, and gold will not go to 5,000 next week. Mortgage rates should rise from current levels, but in time everything will moderate back to the trend established before any fiscal stimulus. Like everything with politics (or POLY TICKS as I commonly refer to), things can change quickly. For now, the economy is on much better footing than one year ago today.