It simply has taken too long to build homes to full completion over the last several years. At different times we’ve seen homes that were mostly finished but had no garage doors, or were waiting on windows or appliances. For this reason, the number of housing units “under construction” is the largest ever recorded in history because they were taking so long to finish.

For the builders, they have a new problem: they had homes under contract and then mortgage rates jumped in the biggest fashion ever recorded in history. So, cancelation rates are rising when the homes are finished and ready to move in. Given that, you can see why they are in no rush to finish or even start to build on homes in the pipeline.

At first, the backlog was simply a supply issue. Now, with mortgage rates so high, I believe there is less financial incentive for builders to start on the homes they haven’t begun to build yet. I personally wouldn’t do it. If the builders could, they would take some of the past contracts back, but they’re just stuck with these homes. Not everyone cancels their contracts, of course, but people are mindful of other people getting better deals.

Housing construction productivity has always been terrible compared to other sectors of our economy; I get that, as we still build homes with hammers and nails, not robots. 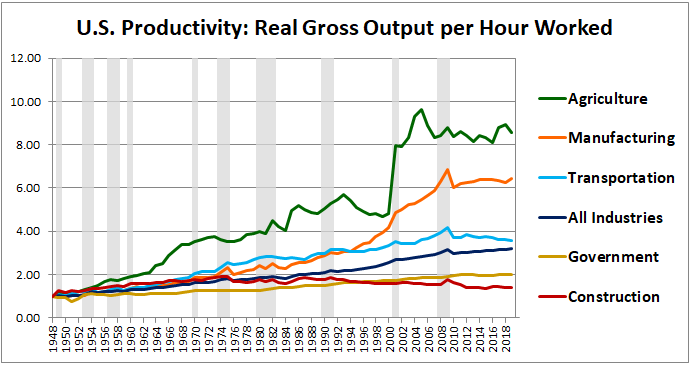 To give some numbers on the topic, the gap between housing completions data today versus the housing bubble peak is roughly 700,000 — almost half of the total completion data today. As you can see in the chart below, we had a nice, slow up-trend from 2002 to 2005 and here in the 2020 to 2022 timeframe, we haven’t gone anywhere much with total completion data. We need to push these homes onto the market to get inflation lower.

As you can see from the data above, we have some work to do, and we have 928,000 2-unit  housing under construction, the most since 1973. So, the best way to break shelter inflation down is to get more supply onto the market as soon as possible. This is why it’s frustrating to see the housing completion data look like it does. However, it’s also something that should be expected.

Housing starts data has room to head lower as the new home sales sector still has way too much supply (from the builders’ perspective) to even consider building more single-family housing. The builders’ business model is to not ever oversupply a marketplace, so they’re right to halt all new construction until the supply of single-family homes goes lower through more new home sales.

My rule of thumb for anticipating builder behavior is based on the three-month average of supply. This also has nothing to do with the existing home sales market, this monthly supply data is only for the new homes sales market.

We currently have 9.2 months of supply, and we will get an update on this data line next week, as the new home sales report will show that the builders are still struggling to sell more homes with higher rates. Mortgage rates getting back to 5% would solve some of their issues, but above 7% is problematic.

Rates have come down from their recent highs and we did see a pick-up in the weekly purchase application data with back-to-back positive weeks. However, we still have a lot of work here to bring supply lower. 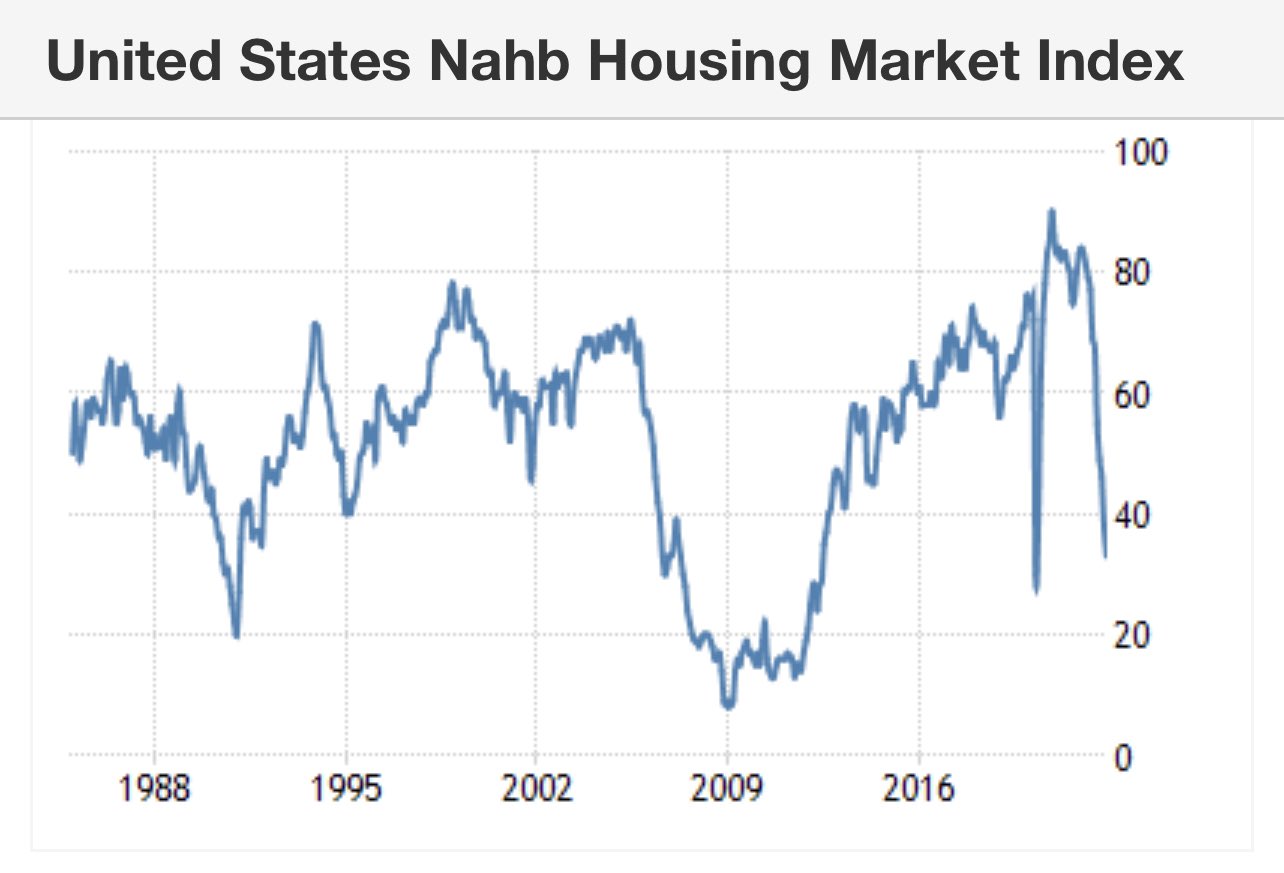 Housing permits for multifamily construction haven’t collapsed as badly as single-family housing, but I believe over time, this will occur as rent inflation fades. The real-time data on rents shows the cooling process is already significantly elevated. This is something to keep track of for next year because losing both single-family and multifamily construction at the same time will drive housing permits much lower than where we are now.

Back in 2005, new home sales were so elevated from exotic loan debt structures that the collapse in sales was truly epic. It was a massive 82% decline in sales from the peak of 2005 to the housing crash lows. Now, the builders aren’t dealing with such an elevated level of sales, so they can work on getting rid of their excess supply with much less market stress.

Also, a huge difference for the builders now is that they’re dealing with less competition. Back in 2007, we had over 4 million housing units for sale with crushing demand. The builders were in a terrible position as their product wasn’t where the dollars were going. New homes are always more expensive than older cheaper existing inventory so the builders are mindful of the competition.

Now over time, as active listings grow, they will take notice as they did in the previous expansion. However, if we are talking about the housing bubble crash versus now, they’re in a much better situation to deal with this housing recession.

Existing home sales are coming up tomorrow and in the last report, the total inventory level was 1.25 million.

With that said, we all need to hope that the builders can get the wave of multifamily construction onto the market for next year to drive rent inflation lower and lower. That will be a plus for mortgage rates, which can get us out of the housing recession. As you can see from today’s report, we aren’t there yet, but we have the supply coming!

Powell’s speech was a direct hit to mortgage rates HW+

The Fed chairman indicated Wednesday that there could be moderation in the pace of the Federal Reserve’s rate hikes, which brought mortgage rates down to 6.49%.