So far this year, Opendoor is winning the iBuying race, as companies scramble to perfect the “instant buyer” business model of buying, fixing and reselling homes. But, Zillow is on its heels.

Opendoor purchased almost 10,000 homes in the January through July period, around three times the volume of Zillow, according to a report by Mike DelPrete, a real estate tech strategist who is a scholar in residence at the University of Colorado Boulder.

That means Opendoor is buying an average 1,400 homes per month. So, when it said in a recent commercial it buys a home every 34 minutes, it was underestimating its performance, as that would equal around 1,300 a month, DelPrete said.

But, Zillow is catching up.

In January, Opendoor purchased 4.7 times the volume of Zillow, but that ratio shrank to 2.4 times by July as Zillow moved into more markets, he said.

“Zillow is closing the gap, especially in the last three months,” DelPrete said.

Another way to judge a company's level of seriousness about iBuying is how much debt it has available to purchase homes, he said.

“Each of the major iBuyers has secured massive amounts of debt, but some have secured more than others,” DelPrete said. 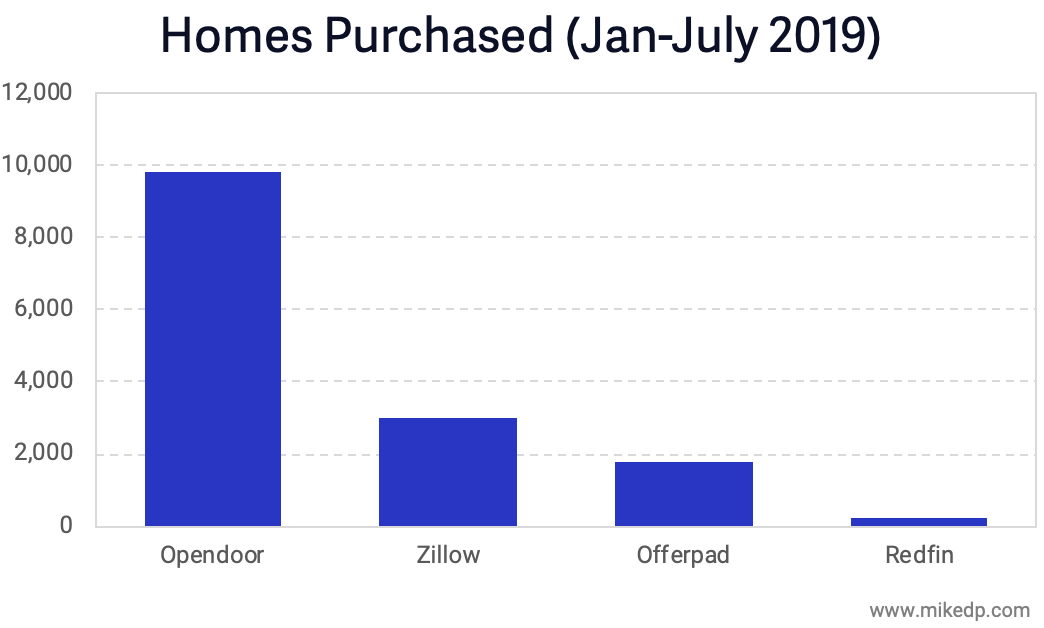 Bond yields and mortgage rates have been falling since the weaker inflation data was released. We’re on the verge of rates dropping below 6%.