Stewart Title announced today that John Magness, who joined the company in October 2017, will now provide strategic oversight to Stewart’s U.S. direct operations as an expanded part of his role as chief corporate development officer.

In a release from the company, Stewart said that Magness’ extensive leadership experience will allow for the title company’s rapid expansion, effective management of potential acquisitions and continued growth opportunities. Magness works across all business lines to increase market share and maximize profitability. His specific focus on enhancing Stewart’s branch offices will strengthen the support and resources delivered to direct operations, associates and customers, the company said. 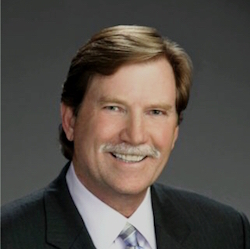 Stewart also said that Dave Fauth will continue in his role as group president, direct operations and support Magness in leading the growth strategy.

“John is well-versed in successful direct operations from his industry experience over the course of his career,” said Matt Morris, Stewart Information Services Corp. CEO. “This announcement allows us to leverage his expertise, combined with the strong foundation Dave has built, to position Stewart for a year of growth in 2018.”

“Stewart is a proven, customer-focused organization and I am excited about the opportunities ahead with direct operations and the other areas of the business,” said Magness. “I look forward to working closely with the stellar group of passionate professionals who sincerely care about delivering for our customers.”