Which mortgage tech advancements are making the biggest impact?
HousingWire Magazine: August 2022
6 Steps for Lenders to Reduce Cost Per Loan & Increase Margins with Appraisal Automation
Amy Moses: eClosing adoption and getting the most out of conferences

Home prices increased 1.4% in the third quarter this year, but increases slowed from August to September, according to the latest House Price Index from the Federal Housing Finance Agency.

The chart below shows the percentage of home price changes dating back to 1992. The chart shows that since 2014, home price increases have picked up the pace, rising at faster rates. 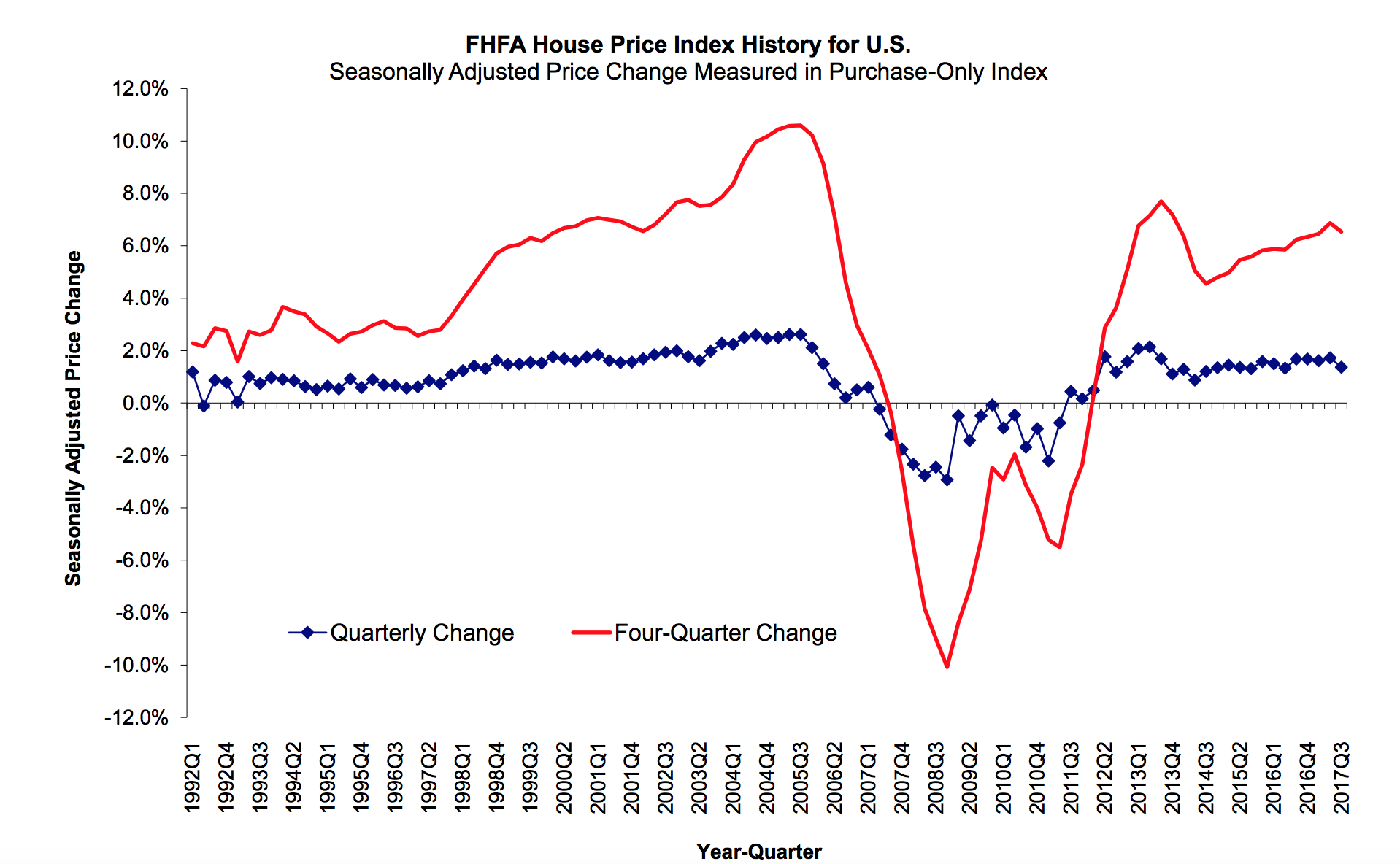 “With relatively favorable economic conditions and a continued shortage of housing supply, price increases in the third quarter were generally robust and widespread,” FHFA deputy chief economist Andrew Leventis said. “At some point, declining housing affordability should temper appreciation rates in some of the nation’s fastest appreciating markets, but our third quarter results show few signs of that.”

The Women of Influence Forum workshop: Learn how to create more seats at the table HW+

We know there’s no perfect 12-step plan to landing your dream life and career — wouldn’t that be nice. But, we hope this workshop at the Women of Influence Forum at least gives you a collaborative and supportive community of women who are dedicated to moving the housing industry forward.