Homeowners continue to overestimate their home values, however the gap continues to narrow, according to the latest National Home Price Perception Index from Quicken Loans.

This closing gap is due, in part, by the increase in appraised values which ticked up 0.19% in August. This is up 2.64% from August of last year.

“As the sun sets on the summer, some of the intense competition for housing also winds down,” said Bill Banfield, Quicken Loans executive vice president of capital markets. “It’s important to focus on the annual numbers with the HVI. While there can be some monthly variations in the data, especially as seasons start to change, the annual numbers show healthy growth across the country.”

The chart below shows despite the narrowing gap over the past few months, homeowners have been overestimating their home values since the beginning of 2015. 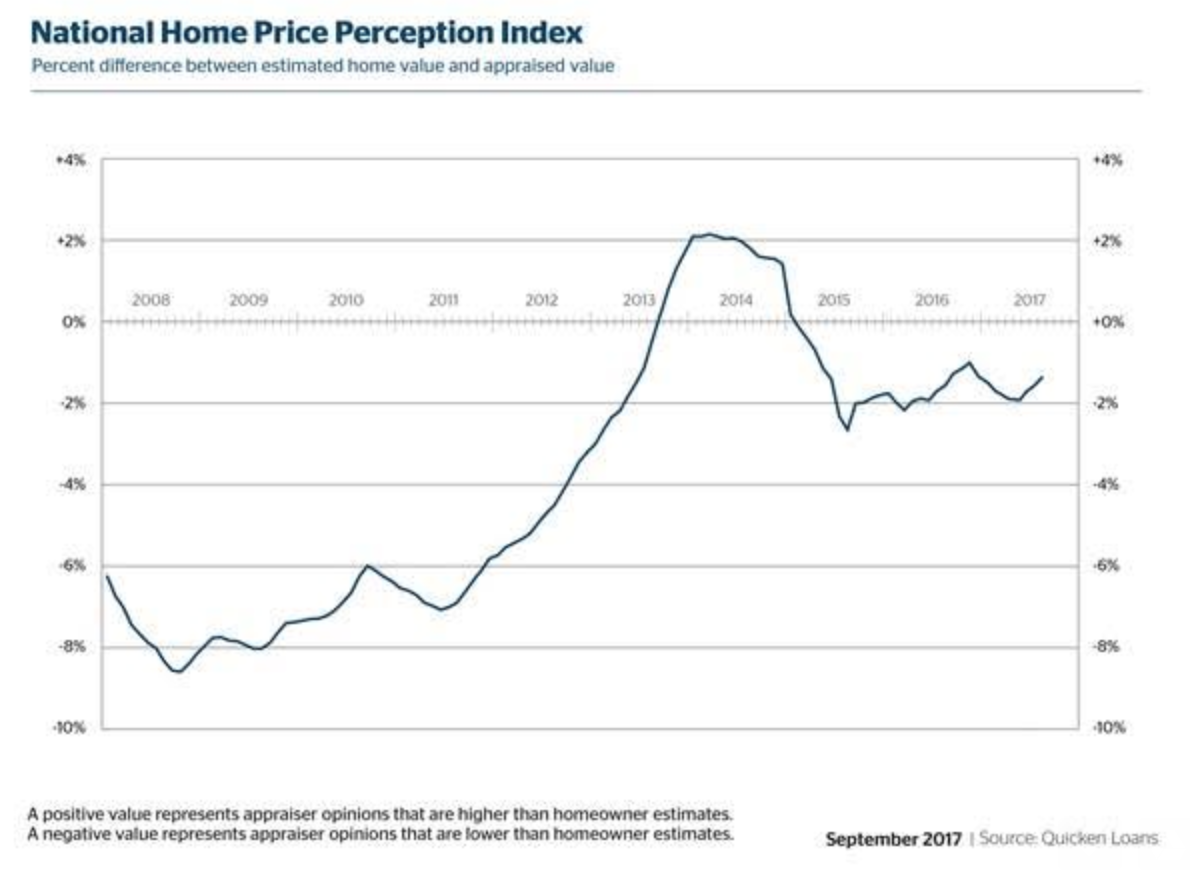 Homeowner perception varied widely from one region to the next, as appraisal values ranged from 3% higher than homeowner estimates in the West to 3% lower in the Midwest and Northeast.

The chart below shows the index in varies metros across the U.S. 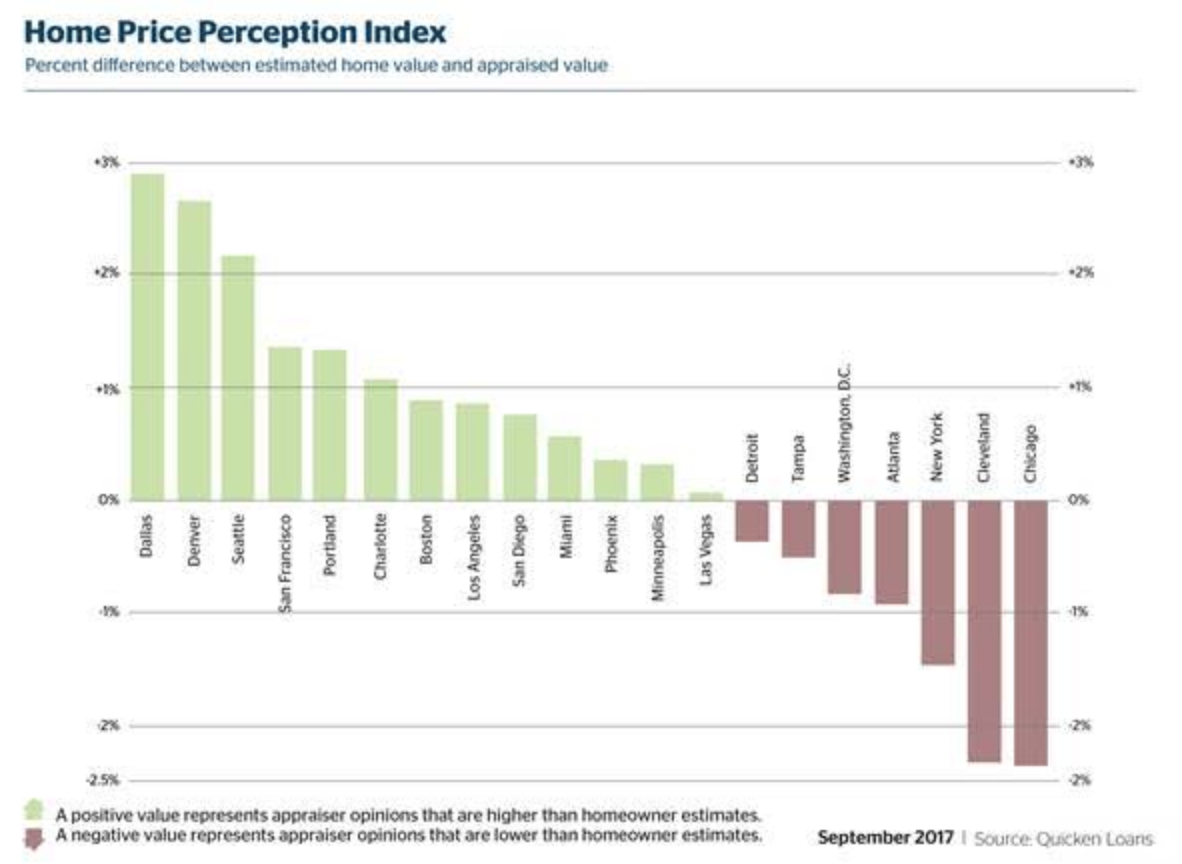 “One of the biggest lessons from the HPPI, is highlighting how regionalized real estate is,” Banfield said. “Homeowners who have a better understanding of their local housing market can make more informed decisions about their home. After all, their house is not just where they live, but one of their bigger assets.”