The Milken Institute is gearing up to conquer the complexities of housing finance reform as the topic hopefully starts to become a major talking point in Washington D.C.

The institute announced a new policy team of mortgage veterans, who probably sound familiar to most people in the industry.

The new housing policy team team will focus on reforms in several areas, including: 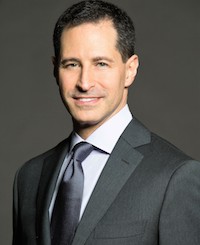 To lead the group, the Milken Institute named Eric Kaplan (pictured left) director of the Institute’s Housing Finance Program within the Center for Financial Markets.

Kaplan brings nearly 25 years of experience in the residential mortgage industry, which includes a wide range of roles in mortgage banking, the capital markets, and structured finance law.

He spearheaded and chairs “RMBS 3.0,” the principal industry-led mortgage-backed securitization reform task force established within the Structured Finance Industry Group, of which he is also a board member.

Most recently, he was a managing partner with Ranieri Strategies and, prior to that, a managing director of Shellpoint Partners, where he built a post-crisis non-agency securitization platform.

“Joining the Milken Institute is an incredible opportunity to collaborate with government and industry, and move from talking about necessary reform to making it happen the right way. I am privileged to steer such a distinguished team dedicated to restoring the housing finance system to health and paving the way for its evolution,” said Kaplan.

Tozer is the former president of the Government National Mortgage Association, and before joining Ginnie Mae, Tozer spent more than 30 years in the financial services industry, including senior vice president of capital markets at National City Mortgage Company.

Meanwhile, Stegman was senior policy advisor for housing on the staff of the National Economic Council from 2015 through 2016 after serving three years as counselor to the Secretary of the Treasury for housing finance policy.

In addition, Milken Institute founder and chairman Michael Milken and Lewis Ranieri will co-chair a new Housing Advisory Council to advise and inform the work of the team. The council, established by the Housing Finance Program, will comprise a select group of current and former chief executives.

“Co-chairing this council along with Michael, whom I have known for more than four decades, and continuing to work closely with Eric, who has been with me for the last six years, is a very special combination for me,” said Ranieri. “This is a remarkable team, mission and platform, and I have no doubt we are going to see amazing leadership and action from the Housing Finance Program.”