Affordability is a problem that plagues homebuyers and renters in most areas of the U.S., but the Military community could be some of the worst hit as home prices continue to increase.

Military families don’t get to choose what city they live in, or when they will move there. As a result, they can’t choose an area that is most affordable and meets their family’s needs.

And a surprising majority of them choose not to live on base or even in military privatized housing, according to a study, Military Families and Their Housing Choices, from LMI Government Consulting, conducted on behalf of the Office of the Secretary of Defense. In fact, it showed 38% of military members are homeowners, while another 32% rent their home.

The chart below shows the breakdown of military members’ housing choices: 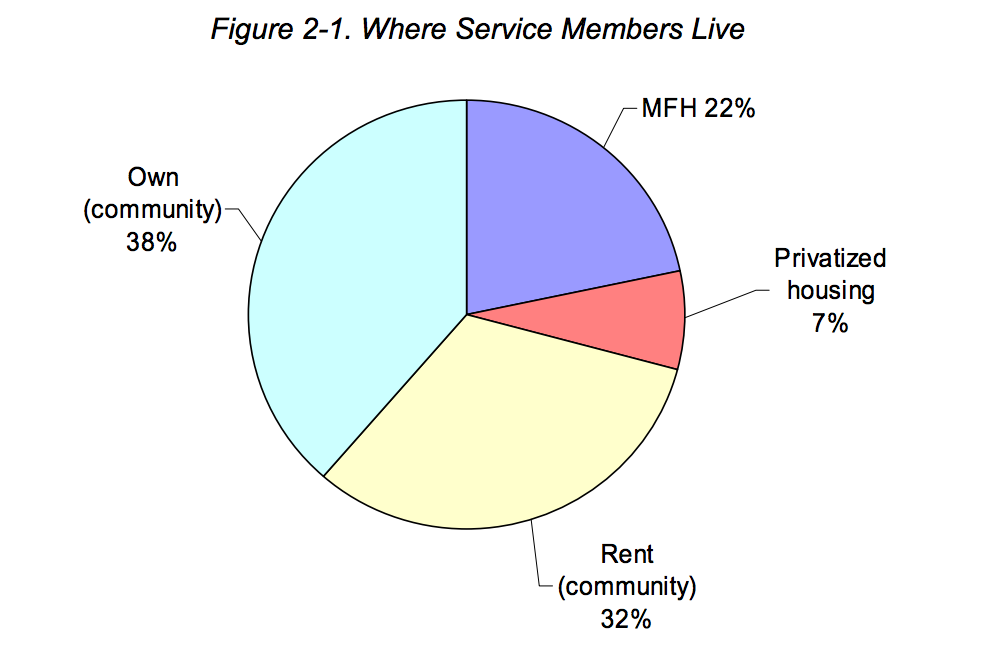 And now, more military members than ever before are staying in the U.S. as overseas deployment hit its all-time low. A new study from the Pew Research Center showed U.S. military overseas presence is at its lowest point since 1957, the earliest year with comparable data.

The chart below shows even since 2009 and 2010, U.S. military presence overseas dropped off drastically. 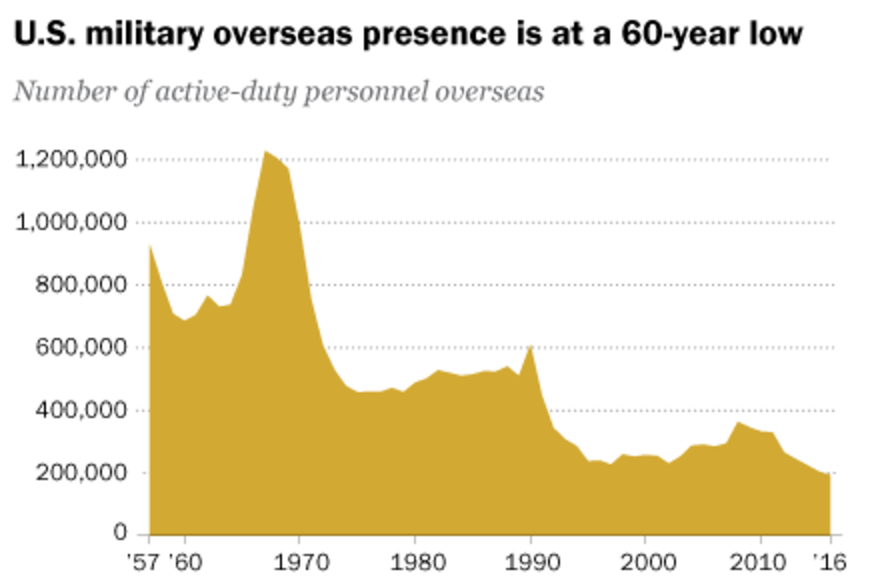 And as overseas deployment drops, that means more military members are looking for homes in the U.S.

In May last year, a Trulia study found military members at the lower end of the pay scale struggled to find housing options. In some markets such at Fayetteville, Arkansas, or Florida Keys, Florida, up to 90% of the available homes listed would take up 75% of the median local monthly housing stipend.

But from May 2016 to May 2017, home prices increased 5.8%, according to the National Association of Realtors, reaching a new high, and increased even higher through the summer, leaving 70% of the military community which rents or owns homes off the base struggling to find affordable housing.

Refis stubbornly make a bit of a comeback

The week following Labor Day saw a flurry of mortgage loan application activity, with volume jumping by 4.9% for the seven days ending Sept. 17, according to the MBA. Refis were on the front foot again.