How brokers can reach more and new borrowers with non-QM  
Are new home sales flagging a recession?
Webinar: Profitability and efficiency strategies in a time of rising rates
LoanSnap’s Karl Jacob on mortgage’s crypto future

This latest update gives the final report from Smith’s office on HSBC, noting that the company did not fail any metrics for the third and fourth quarters of 2016 and has satisfied its obligations under the settlement.

The settlement dates back to February 2016 when HSBC agreed to a $601 million settlement with a series of federal agencies and nearly every state over charges that the bank engaged in mortgage origination, servicing and foreclosure abuses.

“HSBC has completed its obligations to the NMS,” Smith said. “The servicer will continue to remain accountable to servicing-related rules issued and enforced by the CFPB.”

As monitor, Smith evaluates HSBC using the 34 metrics, or tests, detailed in the settlement. These metrics determine whether the servicers adhere to the 304 servicing standards, or rules, contained in the NMS.

The chart below shows the 34 metrics that HSBC was tested on. 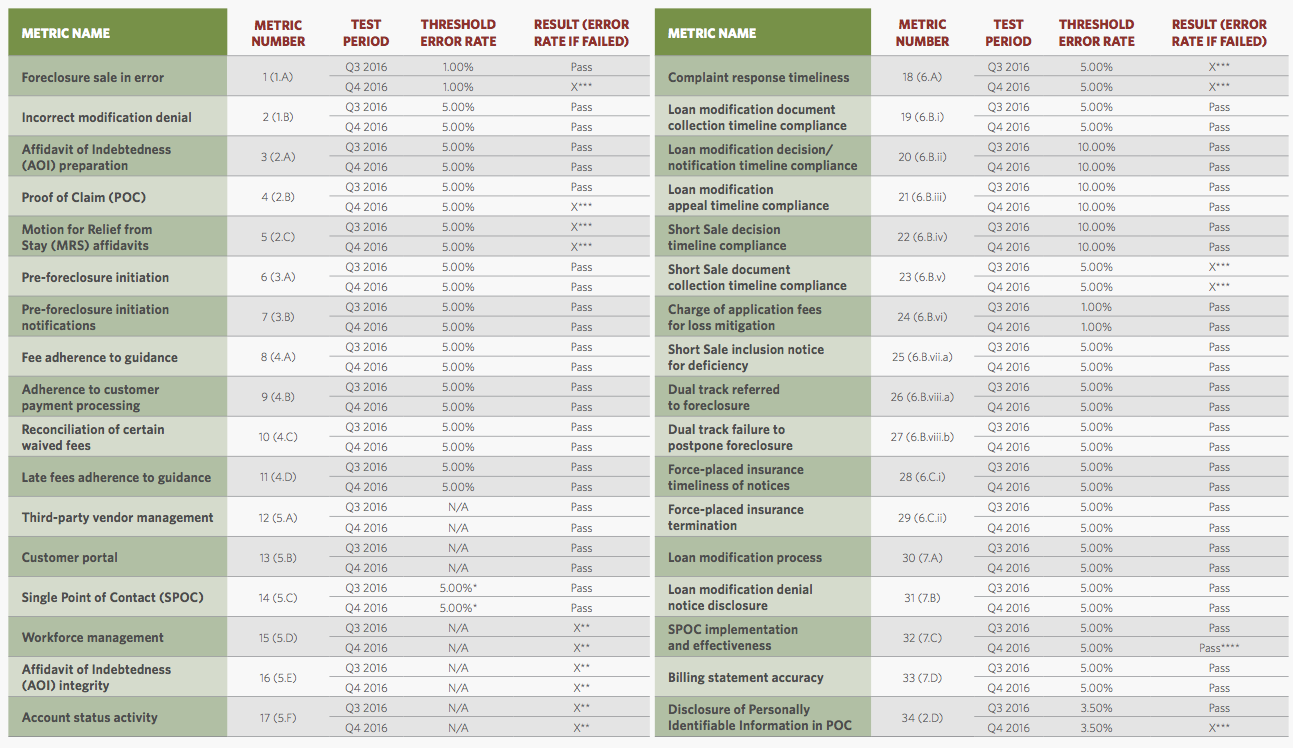 Purchase apps are at 2009 level: where’s the inventory?

Purchase application data is negative year over year, and this time it’s real. So where is all the housing inventory?