CIVIC Financial Services has hired William Tessar as its new president and CEO.

Tessar brings more than 30 years of mortgage experience to CIVIC and brings a record of successfully growing lending operations. Prior to joining CIVIC, he founded and served as president at three lending companies. One of these companies, Capital Line, was recognized in California as a top originating brokerage.

In 2007, Capital Line merged with Skyline Home Loans and Tessar was named president of retail lending. During his 10 years of service at Skyline, he scaled the organization from a retail mortgage company funding $40 million per month into a multi-channel originator with $3.5B funded annually.

“Bill’s leadership, talent and history of success has already made him a key addition to the CIVIC family,” said Jim Helfrich, co-founder and partner of CIVIC. “His vision and execution track record is exactly what CIVIC needs as we enter our next chapter. His appointment is a sign of our commitment to being the leading company in our industry.”

As president and CEO, Tessar will focus on improving the loan process and making the sales and operations teams work cohesively. “Our customers will see the immediate benefits of streamlined processes that result in flawless execution and superior service,” he said.

“CIVIC has access to some of the lowest cost of capital in the industry due to the fact that we de-lever risk in a unique, proprietary way while being best-in-class on valuation as well as a market leader in default resolution,” he said. 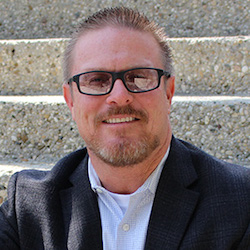