Private sector employment increased a seasonally-adjusted 263,000 in March, the report showed. This is down slightly from February’s predicted increase of 298,000. 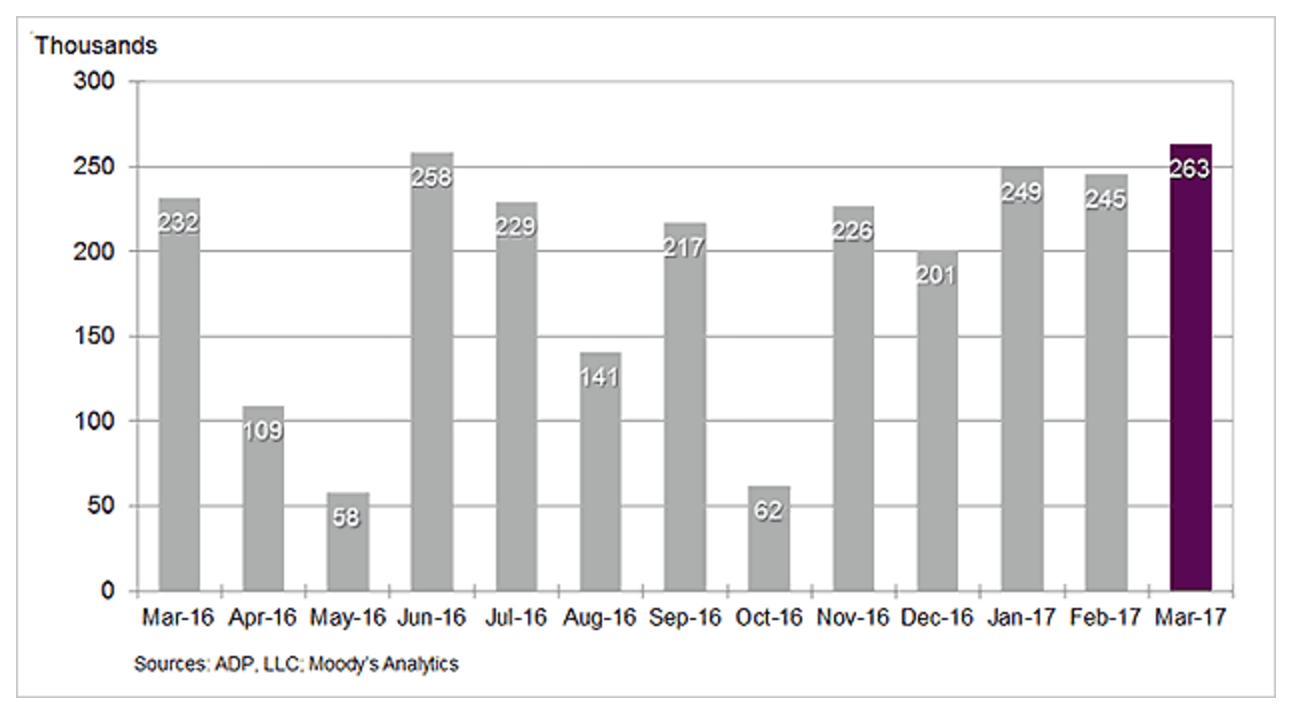 But while ADP predicted February’s employment to increase nearly 300,000, this chart shows it actually came in lower. January followed the same pattern as its increase of 227,000 came in higher than ADP’s predicted 246,000.

March’s jobs gain was pushed forward substantially by the increase in construction jobs, a welcome sign for the inventory-starved market.

The goods-producing sector added about 82,000 jobs with increases in these areas:

The service-providing sector added about 181,000 jobs with increases in these areas:

However as mentioned above, the report's spotty record reminds us that this is just guesswork overall. Friday’s jobs report could show much different numbers.