While this is hurts the “fair value” of each company’s mortgage servicing rights portfolio, it’s welcomed news for homebuyers who are already have to face an onslaught of other negative factors, including a significant lack of housing supply.

The survey results shows that average fixed mortgage rates fell even further due to the Fed’s decision to not raise interest rates last week, and other negative economic data.

As a result, Freddie Mas said that mortgage rates are now hovering just above their low point for the year.

“The Fed’s decision to stand pat followed by a week of assorted unsettling news drove Treasury yields lower. As a consequence, the 30-year mortgage rate drifted down to 3.61%, just 3 basis points above the low for the year,” said Sean Becketti, chief economist for Freddie Mac. 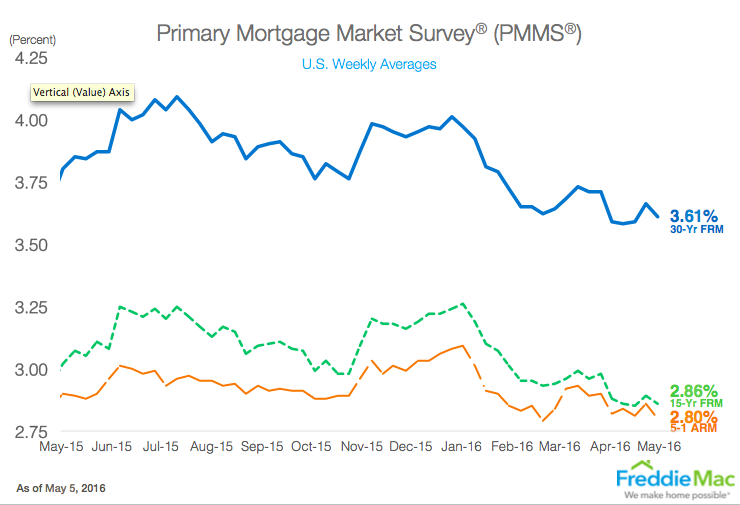 The 5-year Treasury-indexed hybrid adjustable-rate mortgage averaged 2.80%, declining from last week when it averaged 2.86%. A year ago, the 5-year ARM averaged 2.90%.

“Since the start of February, mortgage rates have varied within a narrow range providing an extended period for house hunters to take advantage of historically low rates,” Becketti continued.