Executive Conversations is a HousingWire web series that profiles powerful people in the financial industry, highlighting the operations and the people that make this sector tick. In the latest installment, we sit down with Curtis Knuth, EVP at National Credit-reporting System, to discuss what could be improved in the IRS' current Income Verification Express Service, and the likelihood of making those changes in the current political environment.

Q. What are some of the limitations you see with the IRS’ current IVES program? 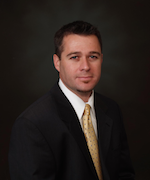 A. I don’t think we’re going to see a watershed moment where U.S. Representatives are clamoring to better fund the IRS. Republican primary voters are voicing a strong denouncement of the IRS through their second-place endorsement of Sen. Ted Cruz; although Sen. Cruz is careful in wording his campaign promise of the IRS, “ceasing to exist as we know it,” which is more indicative of an overhaul rather than an abolishment.

So, the current platform/process stays another couple years, and it’s a labor intensive process for the IRS. The IRS will be receptive to tweaking the system, such as our request to disable faxing as a secondary delivery protocol, but it will likely be these type of nuance enhancements to the existing program.

The technology platform IVES runs on is 12 years old, and hasn’t received any substantial performance upgrades within its lifespan. 4506-T forms are faxed by IVES participants to a fax server at the IRS. An IRS clerk prints them out, and confirms the taxpayer’s identity information on the 4506-T matches what’s on file. It’s then provided to a second clerk, who inputs the request into the Transcript Delivery System (TDS) and the transcript is routed to the IVES Participant’s secure mailbox. The process is ripe for a rebuild favoring electronic communication between vetted and trusted parties, and they’re looking to experienced participants like NCS to lead.

Q. How could a system-to-system integration with the IRS improve this part of the mortgage loan process?

A. Current processes for third-party verifications are ripe for technological advancement. NCS’ solution for instant bank account verification (IBV), which replaces a borrower providing bank statements, is a good representation of progress in this area.

The IVES program’s current turn-time is 84-96 hours due to the filing season. A system interface would reduce the IRS’ cost and reduce turn time to a near instant response. These efficiencies would push the tax transcript transaction from underwriting to application and open up qualifying other finance transactions. NCS is heavily involved with income model data, and developing new solutions for instant wage data. Those solutions aid in developing a picture of the consumer in the here and now; but we keep coming back to the IRS transcript as it’s the complete and verified picture of the taxpayer’s full financial position.

I am an advocate of delivering the full payload of IRS income information electronically. It’s valuable in continuing to better serve the consumer.  However, I believe it very prudent to discontinue passing TINs (Taxpayer Identification Numbers) such as a SSN back and forth as part of the transaction, and there are methods to authenticate the taxpayer without passing the TIN with each transaction. The GSEs won’t accept the TIN on the Transcript as verifying an ID in either event. It’s just about worthless info to a mortgage transaction.

Q. What would a system-to-system integration mean in the area of fraud prevention?

A. A colleague of mine often repeats a story of news reporters asking 1920’s bank robber Willie Sutton why he robbed banks. His reply, “Because that’s where the money is.” The IRS is in the same pickle, but in this instance it’s for money and for consumer data, namely PII (Personally Identifiable Information). A system interface would provide for a closed loop communication. The IRS would deeply vet participants using the system, and have the technical means for effective security monitoring and attack detection. An entity could not submit nor receive a transaction without a firm virtual handshake by the IRS.

Q. Your company advocated for IRS acceptance of e-Signature on the 4506-T, which became effective in January 2013.  How do you read their openness to this newest solution?

A. NCS and many other parties and associations worked the IRS and Treasury pretty hard to get that accepted and implemented. The IRS is filled with good people, who are problem solvers, but have been hamstrung by their anemic congressionally passed annual budget. Our advocacy efforts with the IRS cast a wide net, including suggestions to further refine their 4506-T e-Signature audit procedures. End of the day, I’m quite confident that our partnership with the IRS will produce an end-to-end electronic solution that protects taxpayer data and doesn’t impede the evolving mortgage origination in the next three to five years.

On Wednesday night the FHFA rolled out a new adverse market refinance fee of 0.5%, which will be assessed for loans sold to Fannie Mae or Freddie Mac after Sept. 1.