The most recent Mortgage Bankers Association’s chart of the week shows that since the fourth quarter of 2012, New Jersey, New York, and Florida have had the highest percentage of loans in foreclosure in the nation.

It’s important to note that all three of these states primarily use a judicial foreclosure process. 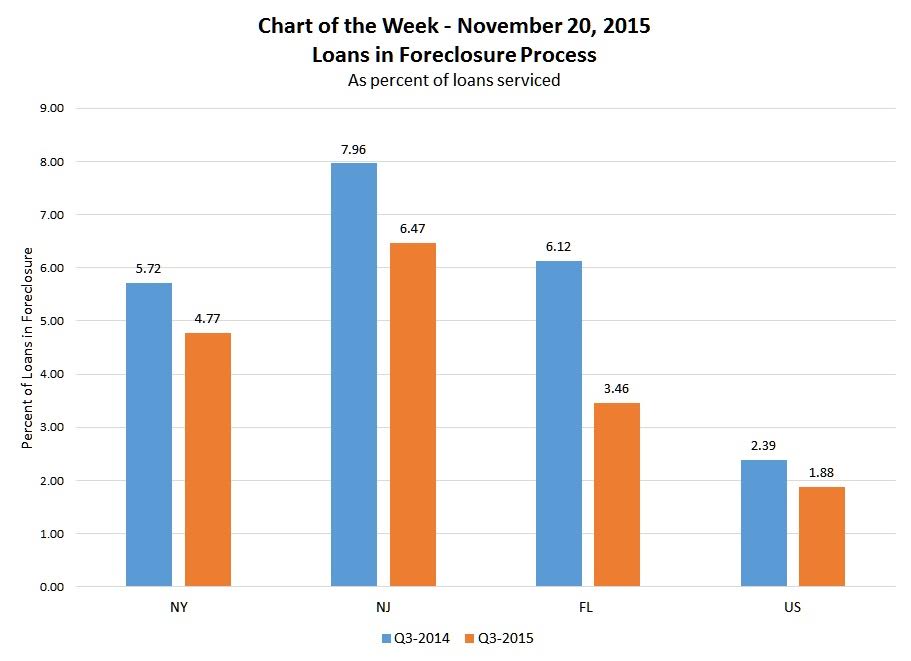 However, despite the high amount, their foreclosure inventories are falling.

Florida’s foreclosure inventory declined by 266 basis points over the year ending in the third quarter of 2015, while New Jersey and New York dropped 95 basis points and 149 basis points, respectively.

Don’t miss the “Making Stats a Reality” panel at the Women of Influence Forum Oct. 3 HW+

“Nothing is more timely (in my opinion) than having an open, honest and frank conversation about supporting women who want to make a difference in a historically male-driven industry by bringing on industry-leading women to the leadership table,” said Hillary Saunders, chief broker officer and co-founder of Side, on this upcoming panel at HousingWire Annual.