There was a time when the federal funds rate did not sit at 0, although the industry could have forgotten what that looked like at this point since it was seven years ago.

This chart of the week from the Mortgage Bankers Association gives a reminder of what the past looked like in order to have a better perspective of the future.

The chart compares the 10-year Treasury Yield, federal funds target rate and total home sales over the past 15 years.

See if you can guess when the Zero Interest Rate Policy began. 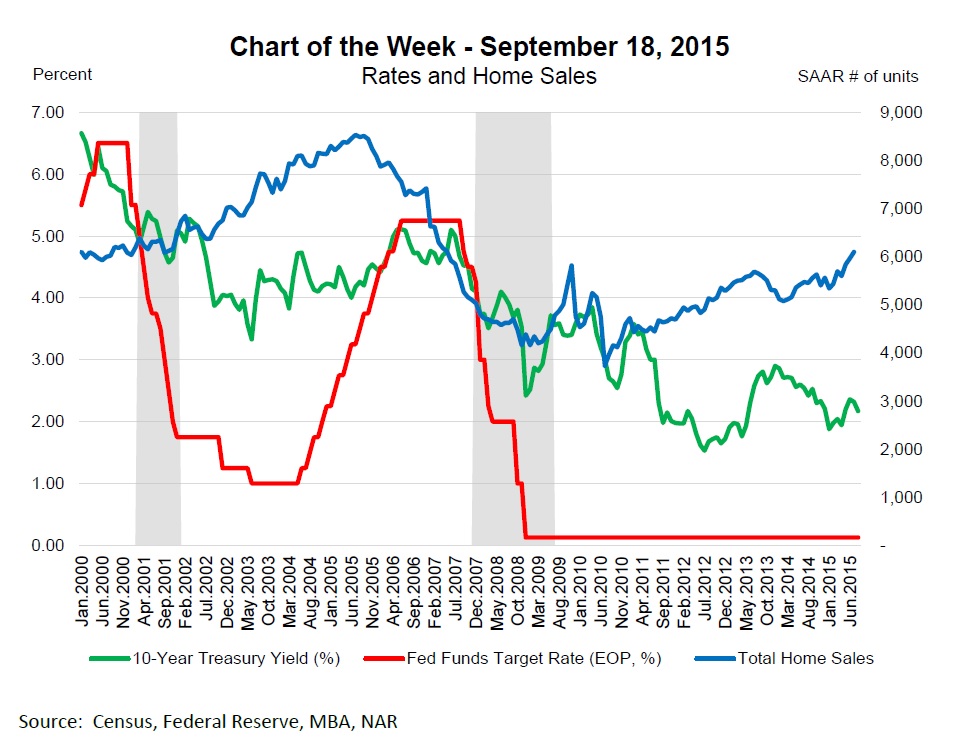 On Thursday, the Federal Open Market Committee decided to not raise the Federal Funds rate.

"To support continued progress toward maximum employment and price stability, the Committee today reaffirmed its view that the current 0 to 1/4% target range for the federal funds rate remains appropriate," reads a statement from the Federal Open Market Committee. "In determining how long to maintain this target range, the Committee will assess progress—both realized and expected—toward its objectives of maximum employment and 2% inflation."

The MBA expects that rates will trend up over the medium term.

‘This increase in rates will lead to a reduction in refinance activity. However, the continued strengthening of the job market will more than offset the gradual increase in rates, and we continue to forecast stronger housing markets in the year ahead,” the MBA stated.