The cost of housing in San Francisco and New York City is infamous for being outrageous, but according to a recent Trulia report, there may be a few hidden gems you could afford in either city.

The trick is knowing where to look.

While both cities have rent-control regulations in places, their policies are completely different.

Before you start searching high and low for a rent-controlled apartment, first you need to understand what it means.

“A rent-controlled apartment does not prevent a landlord from raising rents. Instead it just 'controls' how much landlords can raise rents over the course of a renter’s tenancy in an apartment,” Trulia stated.

These Trulia charts show how it works:

Meanwhile, San Francisco’s rules are a bit easier to understand.

Armed with this knowledge, Trulia attempted to find prime locations in New York City and San Francisco to live in.

For New York City, Trulia looked at a combination of the 2012 Assessor’s database and its rental listings from the past two years, and estimated the percentage of multi-family rental units that are under rent stabilization for each neighborhood in the Manhattan borough of New York City.

Here are the hidden posts in New York City that you might be able to afford. 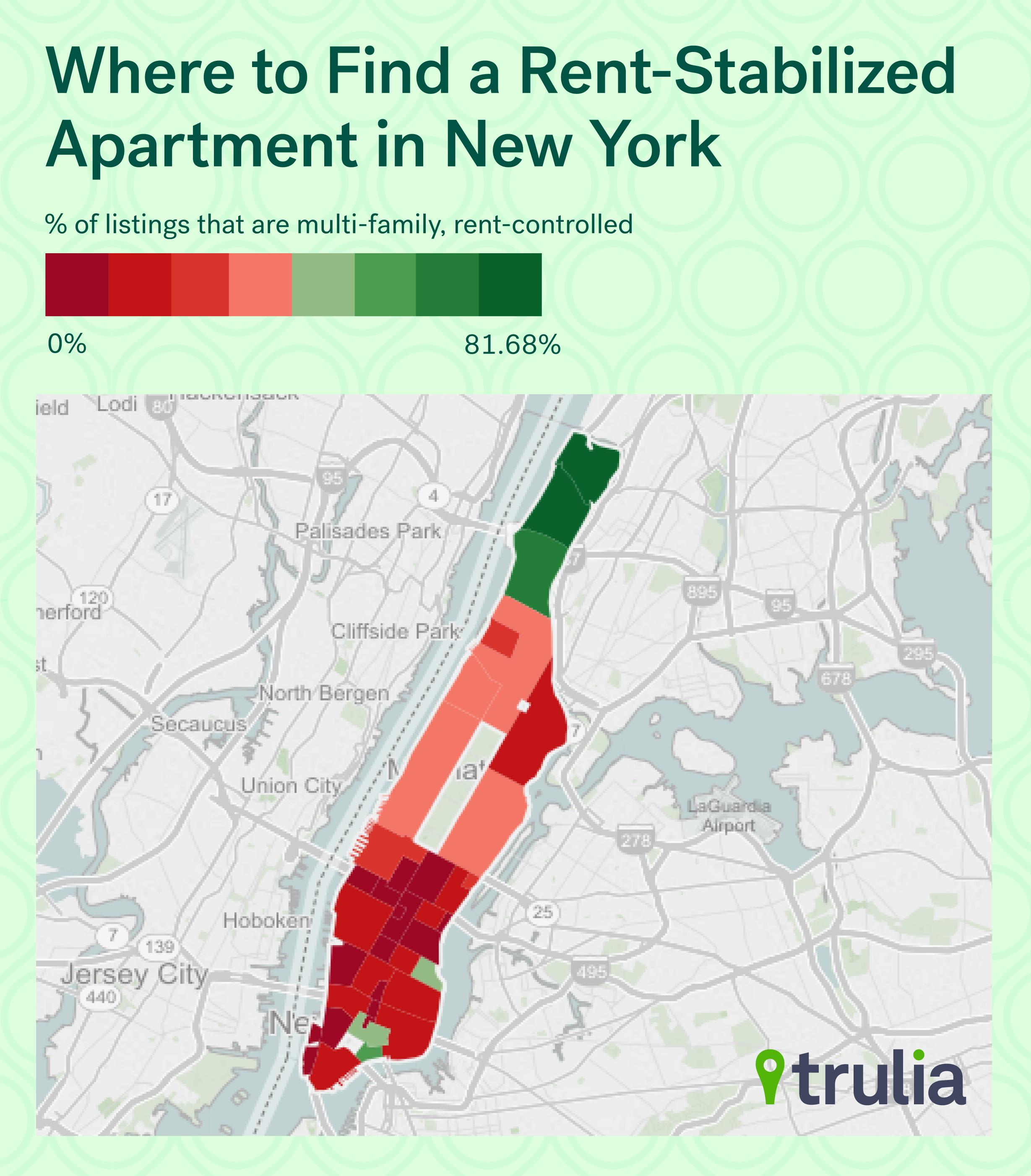 For San Francisco, Trulia used the 2012 Assessor’s database to estimate the percentage of multifamily rental units that are under rent control for each neighborhood in San Francisco.

Here are the secrets areas in San Francisco that you might be able to live in. 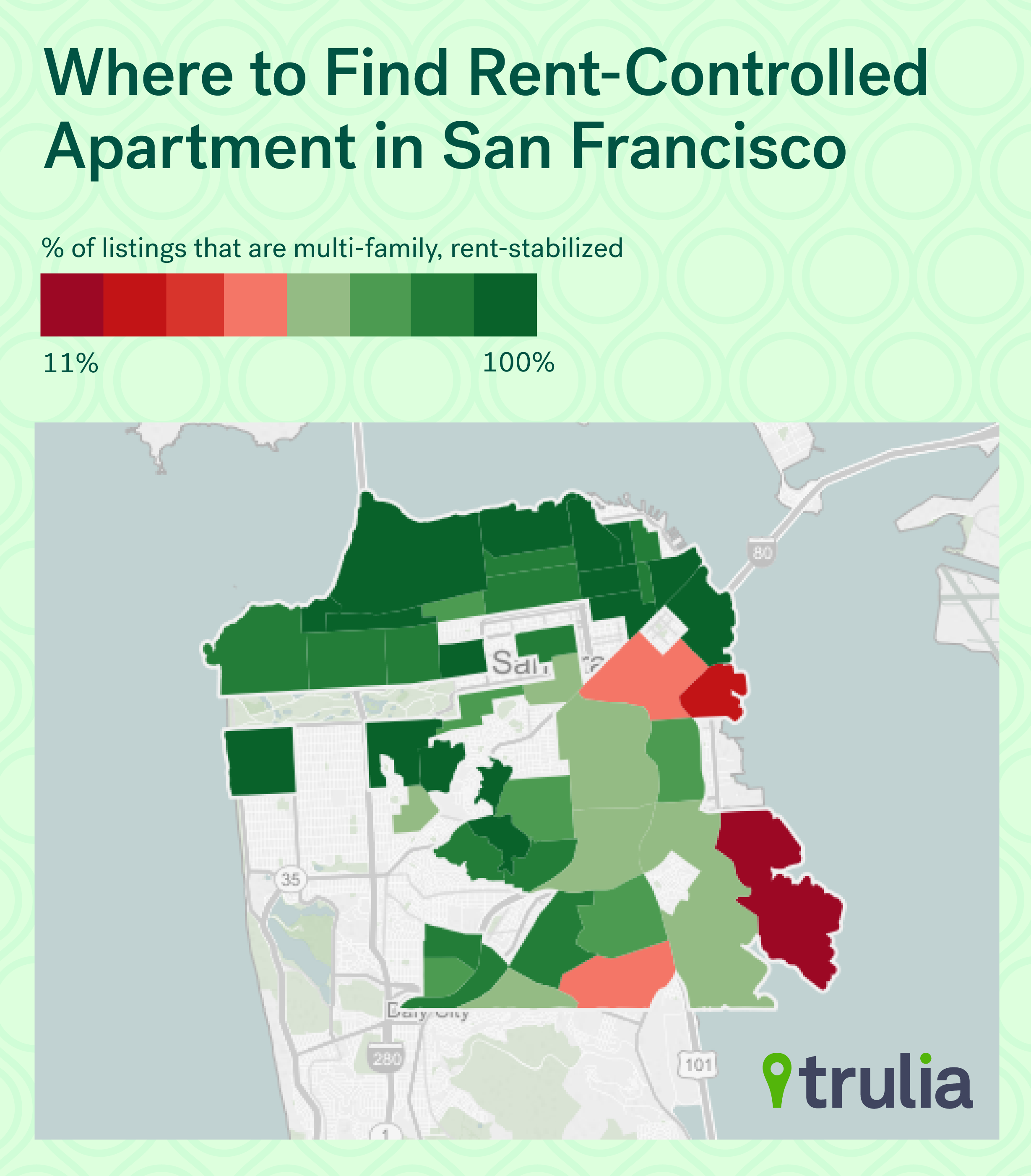