Zillow Group (Z) found a replacement for its departing chief financial officer from within its own ranks.

Zillow announced Monday that it is promoting Kathleen Phillips, who has served as the company’s chief operating officer since 2013, to the role of chief financial officer.

Phillips (pictured above) will replace Chad Cohen, who announced last month that he was stepping down to “pursue other business interests.”

Phillips has played a key role at Zillow since joining the company in 2010 as general counsel, the company said. As chief operating officer, Phillips supervised mergers and acquisitions, corporate development, human resources, legal and customer support.

According to a release from Zillow, Philips played a “pivotal role” in all of Zillow's key corporate finance initiatives, including Zillow's 2011 initial public offering and all 10 of the company's acquisitions, including Trulia, StreetEasy and HotPads.

According to Zillow, Phillips oversaw the entire Trulia acquisition, including the review by the Federal Trade Commission, and the integration of Trulia once the merger was completed.

In her new role as CFO, Philips will oversee the finance, treasury and accounting functions for Zillow Group, and will continue to oversee legal operations and corporate development, the company said.

“I've worked closely with Kathleen for over 10 years, first at Hotwire where she was general counsel and a member of our senior leadership and now here at Zillow, where she has played an instrumental role in our success,” said Zillow Group CEO Spencer Rascoff. 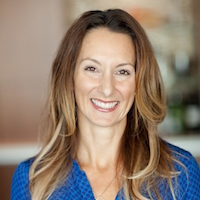 “Kathleen has been at the center of all of Zillow's key business initiatives for the last five years,” Rascoff said. “She is perfectly positioned to be Zillow Group's new CFO, and I'm very excited to work with her in this new role.”

To replace Phillips as chief operating officer, Zillow is promoting Amy Bohutinsky from her role as chief marketing officer.

Bohutinsky (pictured right) joined Zillow before the company launched in 2005, and is one of its earliest employees.

As Zillow Group's chief marketing officer, Bohutinsky has been responsible for brand strategy for all consumer and business-to-business brands in the Zillow Group portfolio, as well as growth, marketing and consumer care for the group's flagship Zillow brand.

Bohutinsky was also honored as one of HousingWire's 2014 Women of Influence.

“Amy has been with Zillow from the beginning and has played a critical role in growing the Zillow brand from launch to where we are today – the leading real estate website in the country,” Rascoff said. “She's an incredibly valuable member of our executive team, and this promotion recognizes her contributions to the company as an individual and a leader.”

The Houston Association of Realtors announced it will stop using the term “master” when describing bedrooms or bathrooms via its multiple listing service.