Moving to a city with a top job market is a great way to increase your financial standing, right?

Unfortunately, MadValorem has just released a study that proves the opposite could be true, at least if you are renting. And, they put out a graph (available below) to prove this point exactly.

After the housing crisis of 2008, many families had to sell their homes, according to the release that came with the graph. Not only did this increase the overall number of people renting but it also gave those same renters the freedom to move to places with better job markets, MadValorem claims.

Those families are able to move to better job markets, but it’s the housing markets in those cities they should be concerned with. According to the infographic, most of the income generated by that great new job could be spent on keeping you temporarily housed in that city.

More information can be found on the graphic below.

Mad Valorem is a real estate database for property searches. The provided graphic (click to enlarge) is based on info pulled from the Census Bureau and Glassdoor. 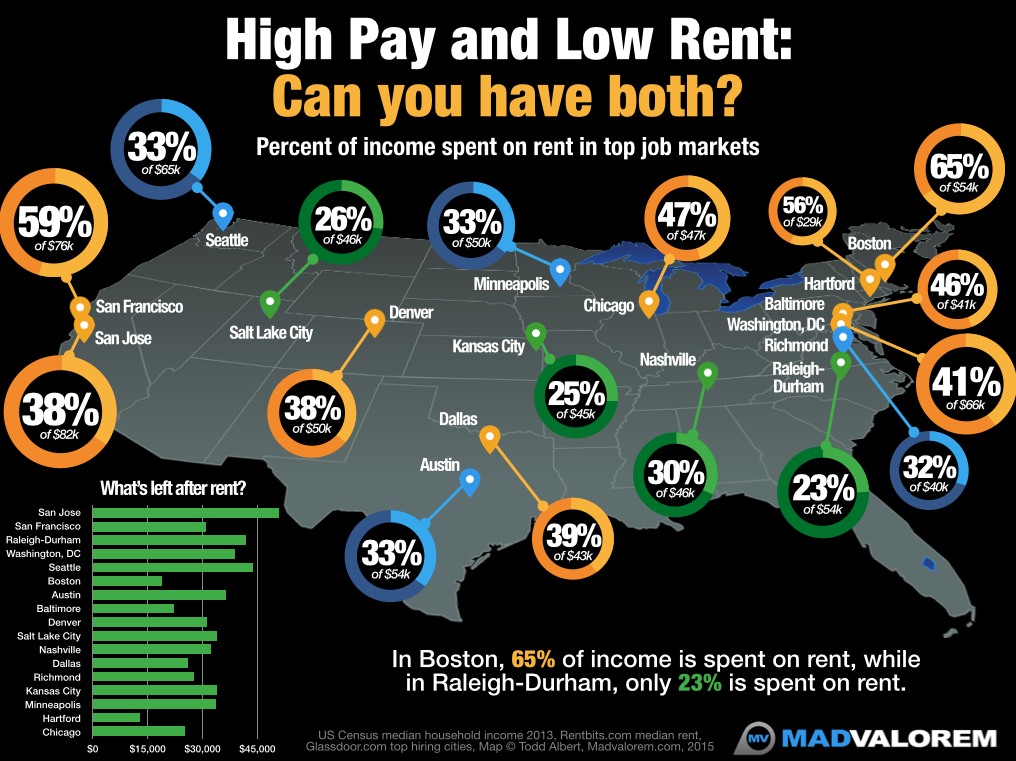