Stephen Fraser has led a life that’s brag-worthy, but he’s not one to brag. He speaks with reverence about his extraordinary career, which has taken him all over the continental United States, India, and Europe.

He’s new to the real estate game but his entire career has served to build a foundation of experience that he utilizes to manage just about any problem that comes across his desk. 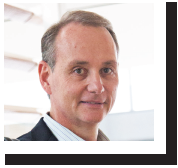 Problem solving was something that always appealed to him. Fraser attended the University of Southern Mississippi and if he hadn’t been drawn to engineering, his plan was to join the Navy and become a pilot.

“I actually thought I was going to be a Navy pilot for a long time,” he said. “I had some friends whose fathers were in the Navy and they were working towards being Navy pilots. And my engineering background drove an interest in planes and ships and things like that.”

When he graduated, the Navy was still a consideration until Andersen Consulting came calling. The company, which would later become Accenture, offered exactly what Fraser was looking for, minus the danger of being in the Navy.

“I was really looking for something that was a good challenge, a good adventure,” he said. “A job with Accenture is more than just a job. It’s a career. They’re going to put you through a lot of training and situations. So it’s more of a business adventure.

“Plus, as long as you do a decent job for the clients, you don’t get shot at too often.”

At Accenture, Fraser was based in New Orleans but traveled across the country helping companies develop IT strategies. He traveled to Texas, Arkansas, Colorado, Illinois, New York, and California, just to name a few.

“I was essentially all over the place,” he said.

After six years with Accenture, Fraser was faced with a tough choice. The company was moving its office from New Orleans and Fraser had just gotten married and purchased a home in New Orleans.

Luckily, a client that Fraser had developed an IT strategy for asked him to join the company and implement the strategy. He took the job with International Ship Holding Corp. in 1994. The change was as much of a “life event thing” as it was a career move, he said.

The New Orleans-based company operated shipping interests all over the world, but their technology was behind the times. “We took their whole technology environment and brought it up to speed,” Fraser said.

But once the transformation was complete, things began to slow down, so Fraser began to look for his next challenge.

That challenge came in the form of CP Ships, another marine transportation company. The international shipping industry had a certain draw for Fraser.

“I was very engaged and energized in learning the business.”

During his seven years there, the company experienced massive growth, transforming from a small company to a medium-sized company and eventually to a large company.

Eventually CP Ships became a publicly traded company. “The revenue grew from roughly $400 million to about $3.6 billion within those seven years,” Fraser said.

“It was a fantastic learning experience because I got to go through the process of how to optimize IT for small, medium and large companies, for example. I learned about the challenges through hands-on experience.”

During his time at CP Ships, he began to expand his travel circle beyond the U.S. He took regular trips to India and spent a lot of time in Italy and the United Kingdom as well. “There’s so much energy among the people in India, especially those who wanted to work with American companies to build things in India,” he said.

Asked about his favorite locales from the many he has visited or lived in, Frazer struggles to pick one. “There are various places in Europe that are my favorite,” he said. “It’s hard to pick Rome over Barcelona over London or Paris.”

Eventually, Fraser was recruited by the largest company in the marine transportation space — A.P. Moller-Maersk —to become CIO of the company’s North American business. Although he was working in the U.S., the experience was far more European than his previous stops.

“Maersk is a Danish company and although this was the U.S. headquarters, there was a very significant Scandinavian and European influence in the management style,” Fraser said.

One of the main differences, he said, was the consensus-based management style, where people throughout the company are much more empowered and involved in the decision-making process.

“It’s much less of a top-down structure than many American companies have,” he said. “It wasn’t difficult to adjust but it was clearly a change of direction.”

Part of Fraser’s job required him to travel to the company’s global headquarters in Denmark. Soon after, there would be no more flying back and forth between Denmark and the U.S., because the company offered him the position of group chief information officer in Copenhagen.

The decision to move wasn’t easy. By this point, Fraser and his wife had three daughters, so the move would have an impact on all of them.

“We had to talk it over and think about it,” he said. “It took a few months of discussion but we decided that it was a once-in-a-lifetime opportunity, and that we should go and take on the adventure even if it might be inconvenient at times.”

The adjustment to the Danish lifestyle was a rather large one, especially in some areas that may not seem so obvious.

“One of the real challenges that you wouldn’t think about is a Danish driver’s license, because there’s no reciprocation with the U.S.,” he said.

“You have to get a Danish driver’s license in a very short amount of time. And that’s a pretty extensive thing to do. It’s not just the driving test that’s difficult. It’s the written test.

“So I put in probably around 100 hours studying for that and I passed the first time. It was a significant amount of work and it felt like a significant accomplishment to get past that.”

There were other adjustments too. “Grocery stores aren’t like they are here,” he said. “In both the Danish and Swedish environments, often both parents will work. Most businesses will provide a breakfast and lunch. So many people just pick up something on their way home and make a light dinner. It’s much different than it is in the U.S.”

The transition was hard for the whole Fraser family but they made it work. They found themselves gravitating towards fellow ex-pats and made some great friends. In some ways, they didn’t have a choice.

“The Swedish and Danish people are some of the friendliest people in the world,” he said. “But at the same time, they have their culture, their family, and their friends. So they’re not looking to go out and make a lot of new friends. They have their lives.”

After several years in Denmark, Fraser wanted to bring his family home. His goal was to find a more customer-focused company and move his family back to the U.S. He got half of what he wanted.

“About the time I got back to the U.S., Ikea contacted me to see if I was interested in working for them,” he said. “I came back to the U.S. only to turn right back around and go back to Europe.”

Initially, he commuted back and forth to Europe every two weeks.

“Over time, it gets to feel like you’re not really attached to any office or any place,” he said. “The international flights do get to be a little trying when you’re flying that frequently.”

When the travel got to be too much, he discussed it with his family and they joined him in Helsingborg, Sweden, which coincidentally, was about an hour away from where they’d lived in Denmark.

“Helsingborg has much more of a country feel than Copenhagen,” he said. “We had a house on the side of a hill, overlooking the water, which is the strait between Sweden and Denmark. Denmark was about a mile away.”

From their back deck, they could see Kronborg Castle, immortalized as Elsinore in Shakespeare’s Hamlet. “On clear nights, the
moonlight and the castle would reflect off the water. It was very beautiful.”

At Ikea, he oversaw the IT infrastructure for the entire company. It was a tall order, but one that he enjoyed. He also came to appreciate the corporate culture at Ikea.

“People are empowered,” Fraser said of his time at Ikea. “They have a very clear vision of where they’re going. And they also have a lot of high-quality ways of working.”

He calls his time at Ikea a “very positive experience.” The plan was to stay at Ikea for three years and then come back to the U.S. to find a CIO position. But just shy of a year after he’d joined Ikea, he got the call from Realogy and his plans changed.

“I thought the opportunity was really worthwhile, so I made the change,” he said.

Fraser and his family said goodbye to their view of Kronborg Castle and moved back into the same Northern New Jersey house they’d owned since 2005. The move was easy compared to some of their other moves,  but it wasn’t without its complications.

“We’re just now recovering from the move,” Fraser said. “It takes some time to get back to normal.”

Fraser said that he’s very happy to be back on American soil and doesn’t have any plans to leave again, at least not on a permanent basis.

“I’m very happy to be back here in the U.S. and I don’t really see any reason to make that move again,” he said.

Fraser is still getting his feet wet at Realogy, but he sees a “huge” opportunity for growth in technology throughout the real estate industry. “There seems to be a large fragmented segment of technologies in real estate. There are many little technologies that are handling very specific solutions. So there’s a huge opportunity to integrate and grow.”

Fraser said he’s focusing on how to take “big data” and make it useable for the entire industry, among other innovations he wasn’t quite ready to share yet.

He admits that he has more questions than answers right now, but he’s confident in what his future holds. “There seem to be a lot of opportunities here for technology where we can move things forward. Realogy is getting ready to do some big things.”

And for someone who’s built his career on helping companies grow and progress, there’s no place that Stephen Fraser would rather be.

“I like being able to make a significant difference or solve complex problems. And anytime you get into a new industry, that seems to make a lot of sense to me. Those are the things that drive me.”