Home prices continue to increase nationally. In fact, home prices jumped 12% on a year-over-year basis in September 2013 compared to a year prior, posting the 19th consecutive monthly year-over-year gain in home prices nationally, according to the most recent CoreLogic Home Price Index report.

That change is more acute in California, however, and experts are calling some of the markets in The Golden State overheated.

Broadly speaking, home price growth is pushing through despite environmental headwinds such as rising interest rates, which is starting to impact the affordability of new mortgages, according to Fitch Ratings.

Since May, rates have risen to 4.3%, though the effects of this increase, which have no yet manifested in the latest available home price data.

Confirming a broad and drastic turnaround, all of the top 50 most populous cities experience home price growth in the past year for the first time since 2005.

As recently as 2011, 47 of the top 50 cities experienced year-over-year declines, Fitch noted. 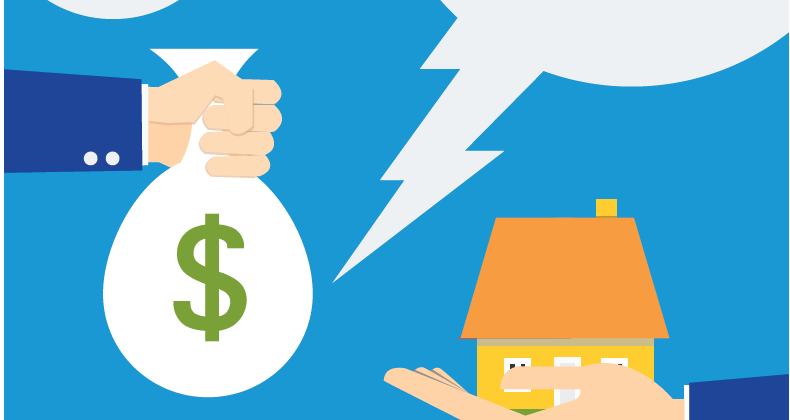 Although home prices have risen 13%, the increase is unsustainable, Fitch argued.

National home prices are approximately 17% overhauled because many of those cities — not surprisingly — are in California.

Having avoided the worst of the downturn, but participating fully in the drastic growth of the past year, much of the coastal California is now approaching the peaks of home prices seen during the bubble days of the early 2000s.

For instance, home prices in San Francisco are up more than 20% year-over-year, the highest rate of increase than at any point in the last 10 years.

“In fact, San Francisco and San Jose will set new home price records in the next six months,” Hilts said.

He added, “Fitch’s SHP model currently identifies much of coastal California to be more than 20% overvalued. Other California cities nearing bubble-year peaks include Oakland, San Diego and Los Angeles.”

Although San Jose and Oakland have experienced more modest improvement, economics conditions are still continuing to improve at an above-average rate.

However, the extreme rate of home price growth is a cause for caution.

It’s important to understand that rising prices are a positive indicator for recovery and the growth is encouraging to regions that have experienced the largest up- and down-swings in the market over the past decade.

Regardless, Fitch expects that unprecedented home growth should be paired with economic health that is similarly unprecedented – the evidence for this is currently lacking.

Price growth is pushing through despite rising interest rates, which are beginning to impact the affordability of new mortgages.

Recent home price gains appear to be the product of rising investment sales and practices such as flipping properties — perhaps one of the biggest market-trend concerns. The indication is that buyer activity rests in the arms of investors who may be likely to rent the property for the short-to-medium term.

Two bellwether markets across the country that are a phenomena of the correlation between investor activity and home price appreciation are Phoenix and Atlanta.

In Atlanta – where institutional investor share remains above 20% — home price appreciation continues to accelerate, according to RealtyTrac data.

In Phoenix — where the institutional investor share of activity dropped back down below 20 this year — home price appreciation has begun to moderate.

Home price appreciation peaked in Phoenix at 30% year-over-year in April and has slowly trended down since then.

“The good news from Phoenix is even though the home price recovery was accelerated by investors and other cash buyers, even as some of the big investors pull back on their purchases home prices have continued to post solid year-over-year increases — just at a slightly slower rate,” Daren pointed out.

He continued, “And we would expect to see that rate of appreciation in Phoenix continue to decrease because even at 25% year-over-year it is unsustainable for the long term.”

While Phoenix appears to be coming in for a soft landing as investors pull back, other markets may be in for a bumpy ride back to more normal and sustainable home price appreciation.

Consequently, all-cash sales rose dramatically since last year and are now at nearly 50%.

“Cash sales are often indicative of investor behavior so the concern is that home price increases are being driven more through speculative buying than from increasing demand,” Hilts stated.

Going forward, interest rates are expected to continue to rise through next year, which will strain affordability if home prices remain elevated and are still growing.

As a result, the share of vacant homes home held off market are at its highest level since before the bubble, explained Trulia chief economist Jed Kolko.

In 86 of the 100 largest metros, the vacancy rate in October is higher than it was before the bubble in 2000.

The national vacancy rate in the third quarter hit 8.3% for rental housing and 1.9% for homeowner housing, according to the Census Bureau.

While the vacancy rate was slightly above last quarter results, but below rates a year earlier, many market participants are keeping a close eye on what this could mean for affordability and home prices.

While the bumpy road back to the new normal of housing may seem less than desirable, it’s preferable to the alternative of continued high rates of home price appreciation that are unsustainable and could inevitable lead to another bubble.

Even in markets with an investor-driven house price bubble, the market will likely see less foreclosure fallout since many of these purchases are being made in cash, Blomquist concluded.

The expectation is that the real estate market will continue to cool with stabilizing home prices, tugging on homebuilder bottom lines. But for now, some are still enjoying good times.

The largest U.S. homebuilder fell in line with overall earnings trends in the sector, posting a surge in profits even as property orders tumbled.

The impressive profitability is a direct result of a combination of lower land acquisition costs and pricing power, explained Jay McCanless, a vice president and senior equity analyst.

“With the exception of one of my companies that I follow this has been the story of this earning season. The order growth has been slow, but profitability has been higher,” McCanless said.

Going into the fourth quarter, Sterne Agee was concerned the homebuilder would heavily discount homes started without contracts to drive up volume, but this was not the case.

Actually, D.R. Horton’s gross margin of 21.9% was 90 basis points ahead of analyst expectations despite the cancellation rate growing 400 basis points year-over-year to 31%.

For instance, same-store average sale prices were up 26% from a year ago and 5% sequentially.

The homebuilder generated $14.9 million in income, or 44 cents a share, delivering its seventh consecutive quarter of year-over-year growth in deliveries, orders and backlog.

Home sales revenue increased to $141.4 million for the quarter, up 84% from year earlier levels.

The increase in home sales revenue was due to a 33% increase in deliveries, coupled with a 39% increase in the average sales price of homes delivered, compared to a year earlier.