The National Employment Report indicates that private sector employment increased by 156,000 jobs from June to July, according to the ADP Research Institute and Moody’s Analytics. 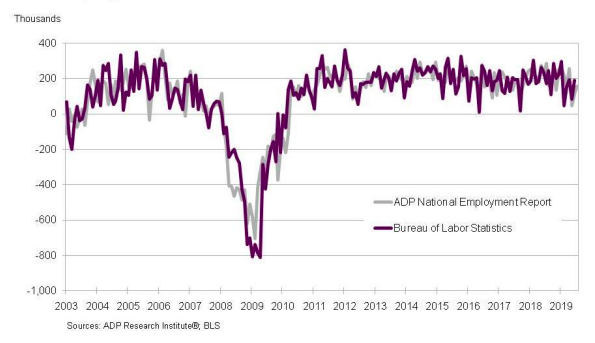 Below is a breakdown of job segments that saw changes in employment between June and July:

The service-providing sector increased by 146,000 jobs, including:

“While we still see strength in the labor market, it has shown signs of weakening,” said Ahu Yildirmaz, vice president and co-head of the ADP Research Institute. “A moderation in growth is expected as the labor market tightens further.”

NOTE: This report is a monthly measure of the change in total U.S. non-farm private employment derived from actual, anonymous payroll data of companies served by the company. The data is collected and processed with statistical methodologies similar to those used by the U.S. Bureau of Labor Statistics.