That also means that this metro, home to one in 16 Americans, is the nation's largest real estate market.

So, what’s happening in this market is perhaps a snapshot of things to come for the rest of the nation’s major markets. And, according to the latest VeroFORECAST, it doesn’t look good.

The New York metro is predicted to appreciate at an average of 2.6% through February 2020. That is a full percentage point less than the appreciation predicted for the largest 100 MSAs, and places it at No. 269 for price growth out of the 349 markets considered in the report.

For this reason, we’ll calling the New York City market flat into early 2020.

A deeper dive reveals that condos and townhouses will not appreciate as well as their single-family counterparts in this area, with the average projected to be just 1.5%.

Among segments predicted to appreciate most are Staten Island's least-expensive single-family residences, with predicted average appreciation over 5.6%. On the other hand, the highest-priced SFRs in Essex County, New Jersey, are predicted to suffer depreciation of around -2.5%.

Our analysis found that the primary drivers behind the lackluster appreciation in this MSA were unemployment, population growth, and the supply of homes for sale. We also found that higher-priced properties will appreciate at a lower rate than those that are more affordable.

The three key market segments within the Greater New York MSA are the five boroughs (Manhattan, Brooklyn, Queens, the Bronx and Staten Island), Long Island, and 12 northern New Jersey counties. Some of the New York boroughs, such as the Bronx with projected appreciation of +3.1%, are solid real estate markets. Others, such as Manhattan, where properties are projected to drop in value over the next year at close to -2%, are not.

The chart below summarizes predictions for these three segments (click to enlarge): 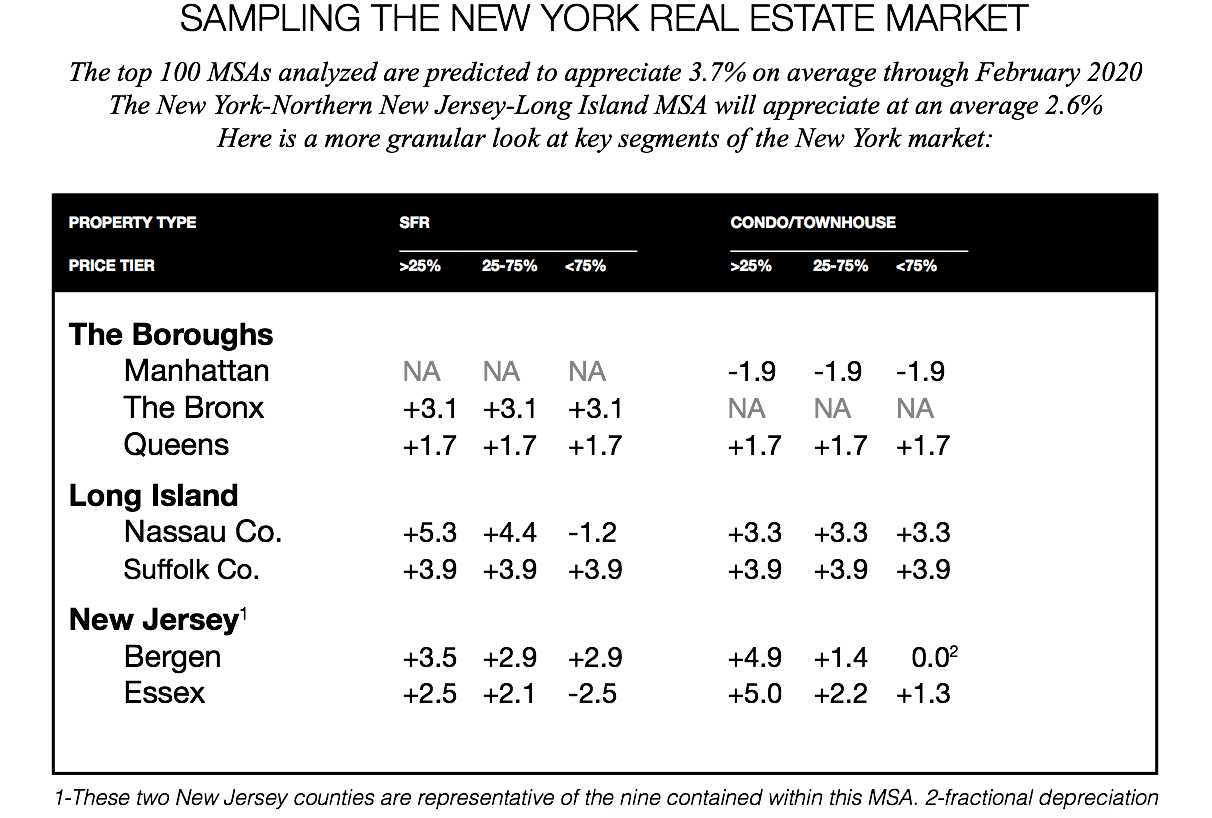