Interest rates did not shoot up this year as the housing industry predicted.

In what has been the pattern over the last several years, interest rates started to rise, fizzled, then sank back down.

Currently, mortgage rates for a 30-year fixed-rate mortgage averaged just 4.1% for the week ending May 9, 2019. This is down 0.5 percentage points from the week before, according to data from Freddie Mac.

Due to this decline, investors are struggling to remain competitive in the jumbo and non-QM market. The chart below shows mortgage credit availability in this sector increased by 7% in April, reaching an all-time high, according to a report from the Mortgage Banker Association that analyzes data from Ellie Mae’s AllRegs Market Clarity business information tool. 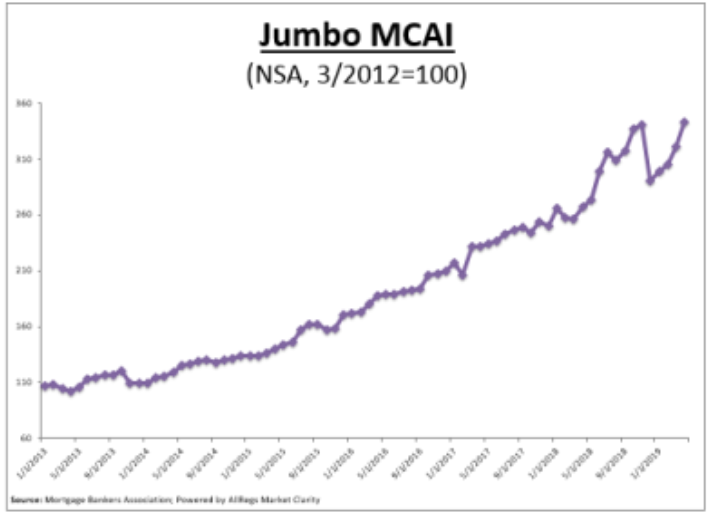 “Credit supply increased 2% in April and was driven by a 7% gain in the jumbo index, which reached its highest level since the beginning of the MCAI in 2011,” said Joel Kan, MBA associate vice president of economic and industry forecasting. “Additionally, investors continued a trend from March of further increasing their willingness to purchase more non-QM and non-agency jumbo loans.”

“The high-end of the purchase market had shown weakness earlier this year, before the recent decline in mortgage rates, and it appears investors are trying to remain competitive in that segment of the market,” Kan concluded.

Overall, mortgage credit availability increased in April, according to the Mortgage Credit Availability Index. The MCAI increased by 2.1% to 186 in April.

A decline in the MCAI indicates that lending standards are tightening, while increases in the index are indicative of loosening credit. The index was benchmarked to 100 in March 2012.

But while mortgage credit is loosening, and the jumbo sector even reached an all-time high, that measurement only dates back to 2011, when the MCAI was initiated. Overall, access to mortgage credit remains incredibly low when compared to pre-crisis years, or even more stable averages seen back in 2004.

The chart below shows the spike in the years leading up to the housing crisis resulted in an over-compensation in the tightening of mortgage credit in the years that followed. And while that has loosened steadily over the years, it still remains near all-time lows. 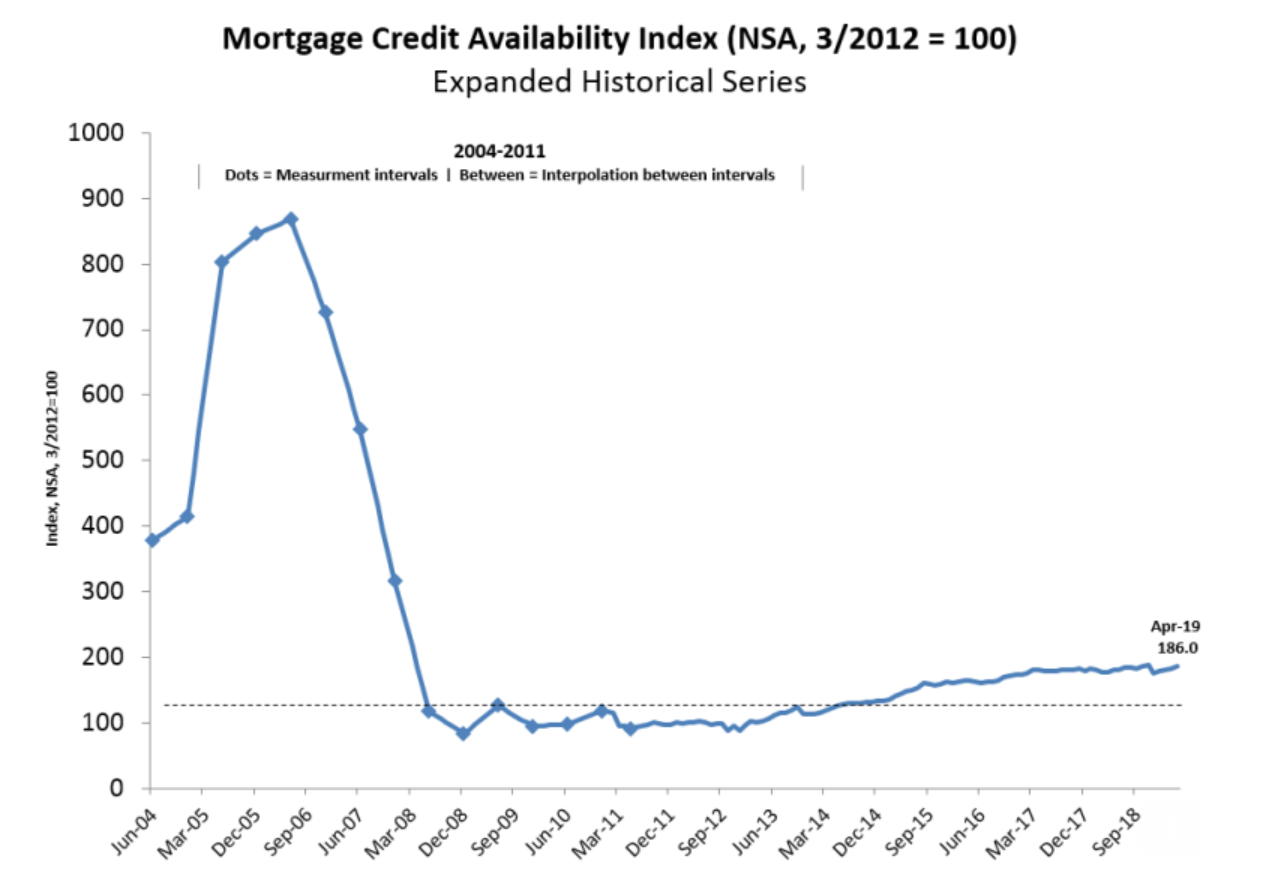