Home prices slightly increased in the fourth quarter of 2018, rising only 1.1% from the previous quarter but are up 5.7% from the same quarter last year.

Home prices increased in December, rising only 0.3% from November, according to the latest monthly House Price Index from the Federal Housing Finance Agency.

FHFA Supervisory Economist William Doerner said house prices rose throughout 2018 but at a slower rate than in recent years.

“In the fourth quarter, house price appreciation hit one of the lowest levels in the past four years,” Doerner said.

According to FHFA, home prices rose in 98 of the 100 largest metropolitan areas in the U.S. over the last four quarters.

Notably, annual price increases were greatest in San Francisco- San Mateo-Redwood City, California, where prices increased by a whopping 17%. However, prices were weakest in urban Honolulu, where they fell by 2 %.

The report also explains across the nine census divisions, the Mountain division once again saw the strongest appreciation growth, climbing 8.1% annually and increasing 1.6% in the fourth quarter of 2018.

Notably, annual house price appreciation was also the weakest in the West South Central, where house prices rose by only 4.3% year over year. 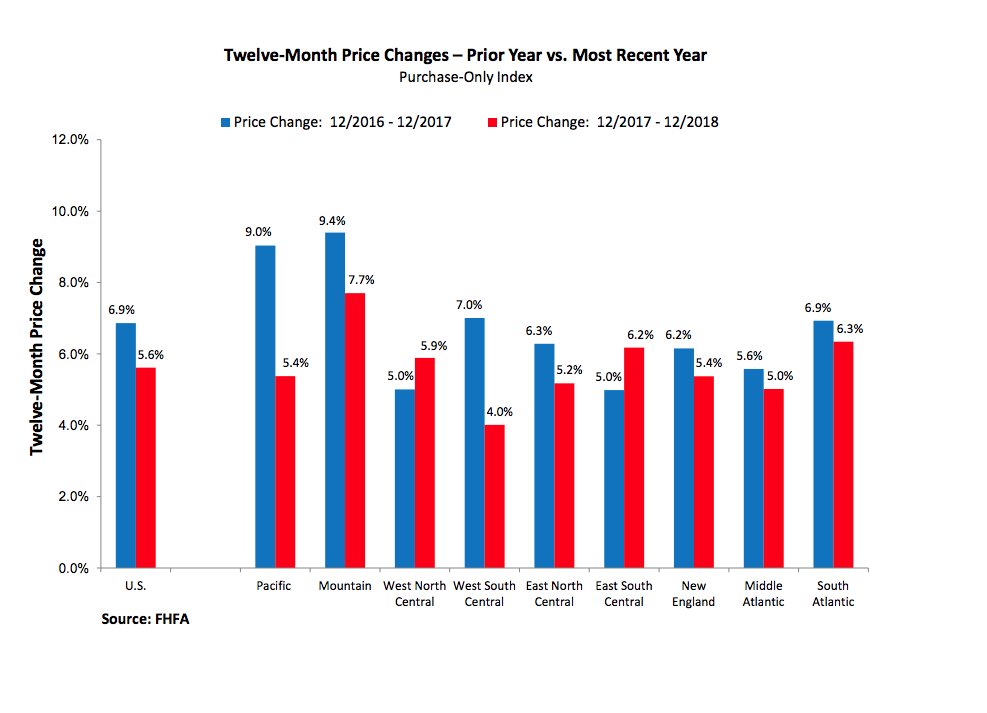