The housing market significantly weakened in the wake of the Great Recession, an economic downturn so dramatic that home values were slashed, origination volumes slowed and prospective buyers refrained from entering the market.

Now, 10 years following the crash, LendingTree has revealed new data that details how well the housing market has fared since 2008.

“When the real estate bubble burst in late 2008, many Americans saw their home values fall drastically, but a lot has changed in the 10 years since — housing prices have rebounded from their lows during the Great Recession. And though prices are now starting to cool, in many cases, home values have even exceeded their 2006 highs,” the company writes.

However, LendingTree makes note that several markets have yet to fully recover, including metros in Hartford, Connecticut; Chicago; Virginia Beach and Baltimore. These metros have all seen their median home prices fall nearly $6,700 within the last 10 years.

That being said, on average, median home values have climbed by nearly $50,000 across the 50 largest housing markets across the country since 2009.

So, what is propelling this growth? Well rising incomes and declining unemployment rates of course.

In fact, the latest Employment Situation report released by the U.S. Bureau of Labor Statistics indicates that total non-farm payroll employment increased by 304,000 in January alone.

According to LendingTree, aside from San Antonio, the median household income has increased by an average of $11,344 in every metro since 2009.

Interestingly, metros that have good job prospects with high paying wages have seen their home prices spike on average $243,600. Some of the markets include heavily tech centric metros like San Jose, San Francisco and Los Angeles.

The image below highlights the top 10 metros where housing markets have recovered: 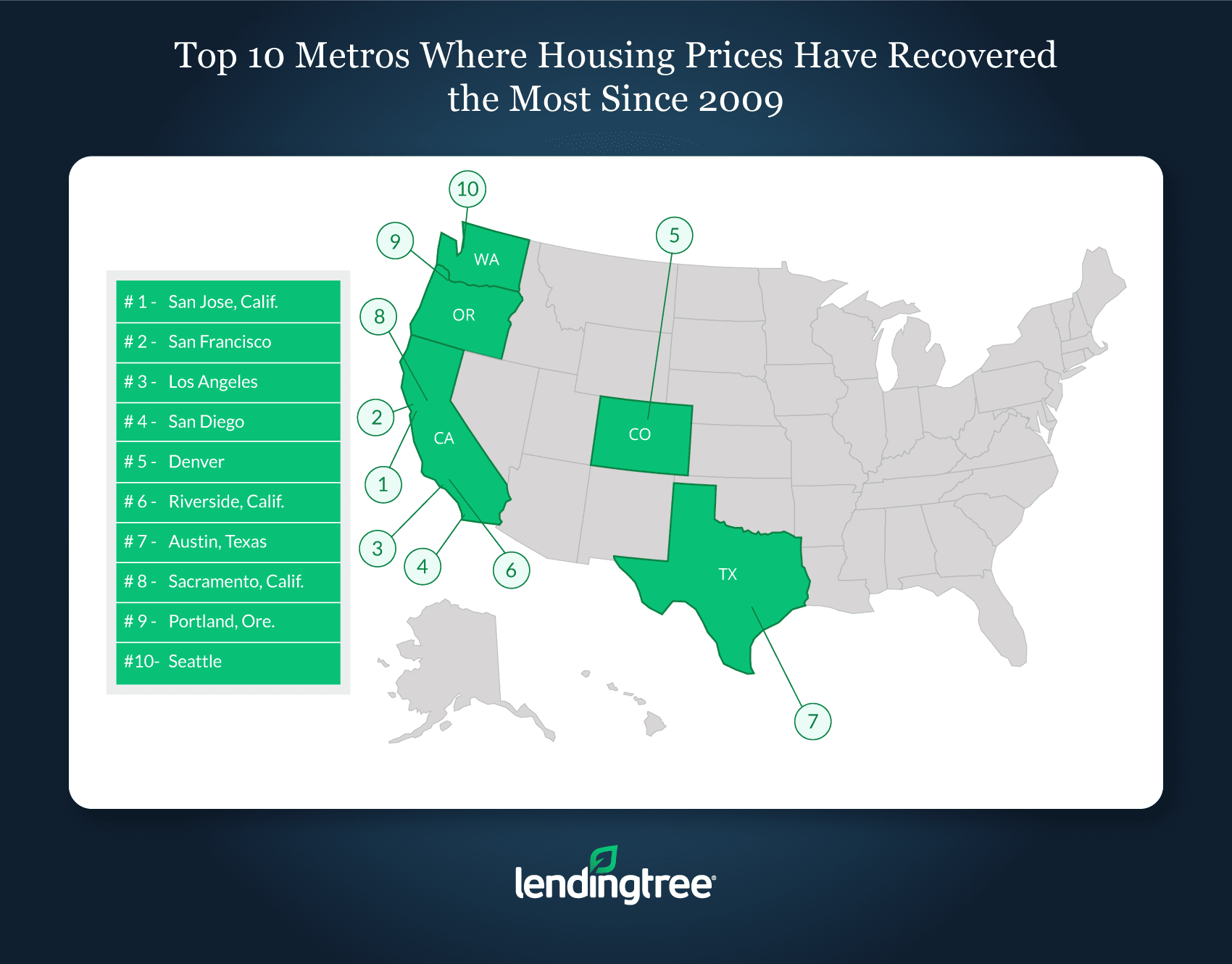