“Things are looking good for buyers in 2019. The supply of homes for sale is increasing faster than it has in nearly four years,” Redfin Chief Economist Daryl Fairweather said. "December was a rough month for home sales, but homeowners appear to be undeterred in the new year as more are listing their homes for sale."

"We predicted price growth would slow down and that prices would drop in coastal cities like San Francisco and Seattle, but we didn’t know how sellers would react to a cooler market. It’s encouraging to see that listings are up–it means that sellers aren’t taking the ball and going home,” Fairweather concluded.

According to Redfin’s analysis, home-sale prices moved forward 2.9% on an annual basis, coming in at a median price of $285,900, Furthermore, home prices fell year over year in 10 of the 81 largest metros, including San Francisco and Portland, signaling a major shift in West Coast markets.

The image below illustrates the deceleration of West Coast price growth (click to enlarge): 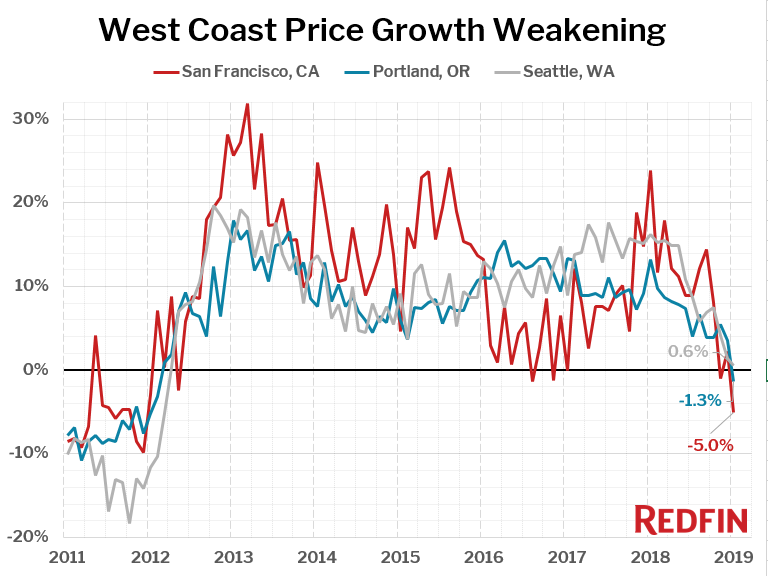 Nationally, completed home sales retreated for the sixth consecutive month, and declined 7.6% from the same time period a year prior. In fact, home sales fell in 57 of the 81 largest housing markets.

The image below highlights annual growth of home sales in January (click to enlarge): 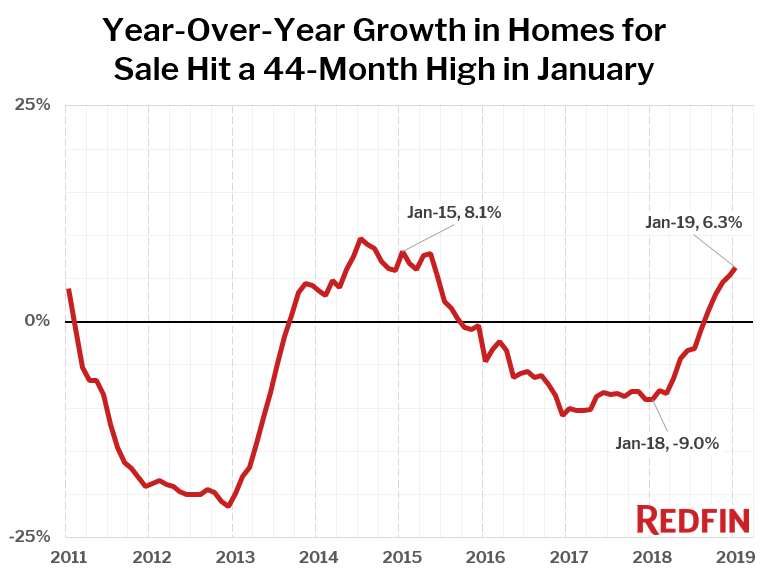 When venturing into the world of non-QM and other specialty lending options, it’s important to partner with experts in the field who can provide reliable training, support and solutions. The four companies featured in this section work to empower brokers through this changing market environment while offering products and solutions for every borrower’s needs.