During its two-day December meeting, the Federal Reserve elected to raise interest rates for the fourth and final time in 2018.

Before the December meeting, the Fed had raised rates three times in 2018 – the first time in March, again in June and finally in September.

In December, the Federal Open Markets Committee elected to raise the federal funds rate by 25 basis points to a targeted range of 2.25% to 2.5%.

“Information received since the Federal Open Market Committee met in November indicates that the labor market has continued to strengthen and that economic activity has been rising at a strong rate,” the FOMC said in its statement. “Job gains have been strong, on average, in recent months, and the unemployment rate has remained low.”

“Household spending has continued to grow strongly, while growth of business fixed investment has moderated from its rapid pace earlier in the year,” the statement continued. “On a 12-month basis, both overall inflation and inflation for items other than food and energy remain near 2%. Indicators of longer-term inflation expectations are little changed, on balance.”

Many experts had begun to wonder if a rate hike would happen at all in December, and are beginning to decrease their view of how many times the FOMC will raise rates in 2019. The general consensus has dropped from three to two rate hikes next year.

Of course, there are still outliers, such as Goldman Sachs, which predicted the Fed still has five (now four) rate hikes to go before it is finished.

But the Fed’s statement was dovish, and it appears FOMC members are anticipating two rate hikes in 2019, down from their previous dot-plot projection of three rate hikes. 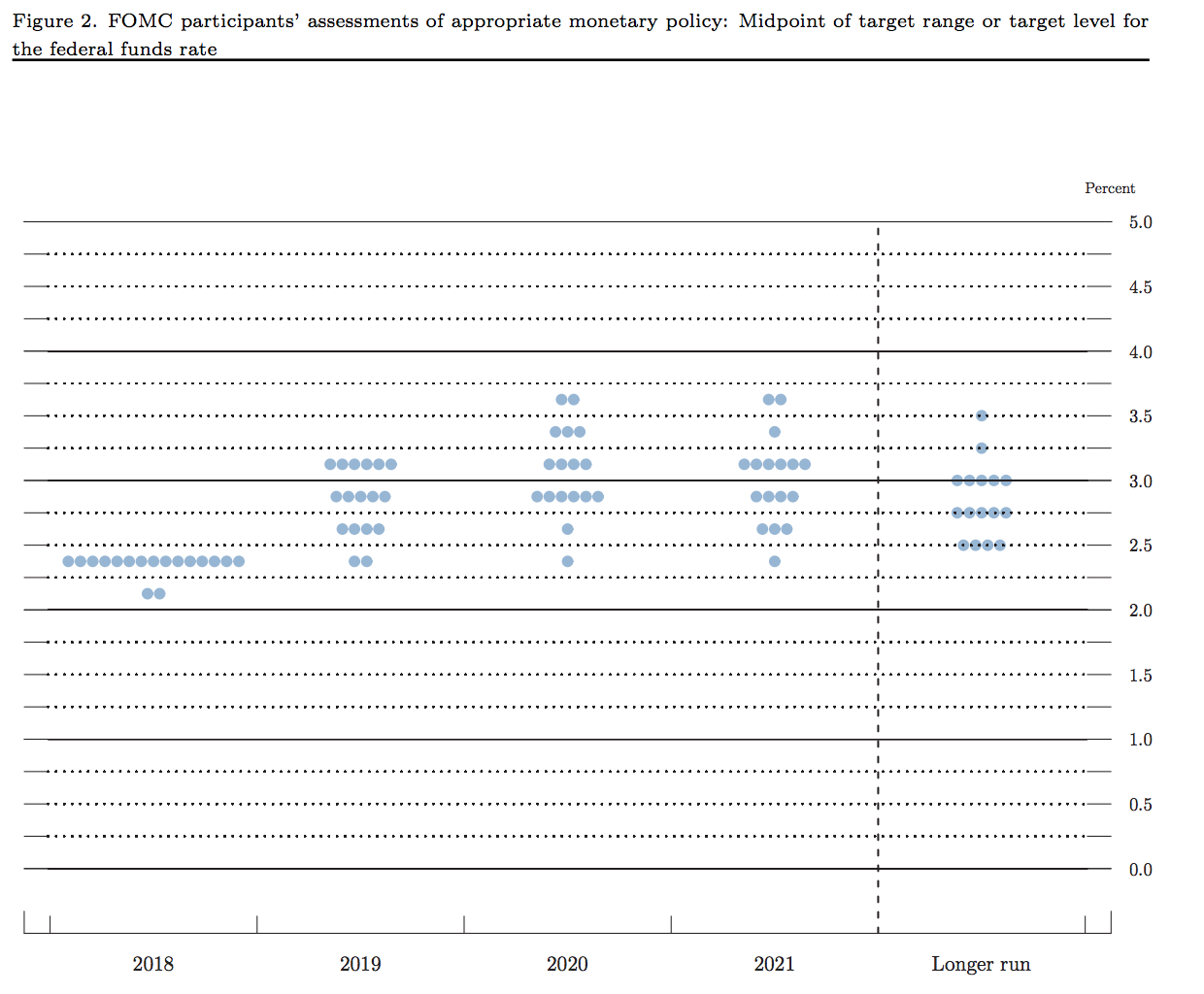 This all comes despite calls from President Donald Trump to keep rates low. As the Fed’s meeting began Tuesday, Trump tweeted that he hopes the Fed will keep interest rates low, referencing an article from the Wall Street Journal talking about why the Fed should pause its rate hikes.

I hope the people over at the Fed will read today’s Wall Street Journal Editorial before they make yet another mistake. Also, don’t let the market become any more illiquid than it already is. Stop with the 50 B’s. Feel the market, don’t just go by meaningless numbers. Good luck!

And this certainly isn’t the first time Trump has called for lower rates. The WSJ reported back in November that Trump was not happy with Treasury Secretary Steven Mnuchin, casting blame on him for the appointment of Powell, who continues to raise rates.

In July, after the Fed’s second rate hike of the year, Trump expressed displeasure with the decision, breaking tradition with his vocal criticism of the Fed and implying that he would pressure the Fed to do something about it. Then again in August, Trump complained to a crowd of Republican donors at a fundraiser in the Hamptons about Powell’s rate hikes. And once again in September, saying he wasn’t happy about the interest rate hike.