Veteran homelessness decreased by 5.4% since last year, according to the Annual Homeless Assessment Report from the U.S. Department of Housing and Urban Development. 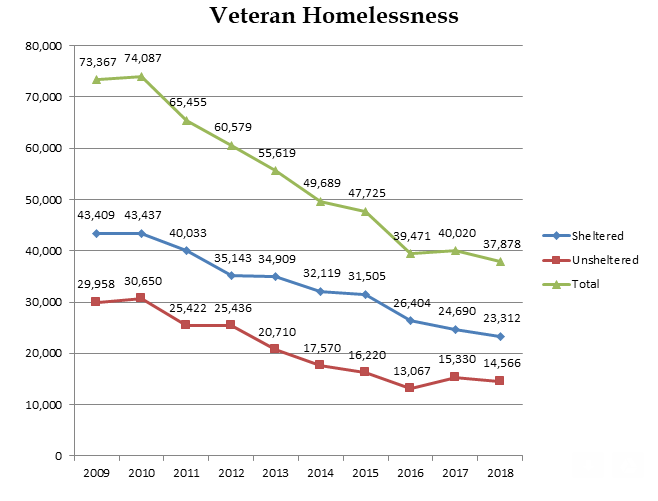 “The reduction in homelessness among veterans announced today shows that the strategies we are using to help the most vulnerable veterans become stably housed are working,” said Robert Wilkie, U.S. Department of Veterans Affairs secretary. “This is good news for all veterans.”

Carson is working the numbers here and trying to take credit for other people's work. A few tweets follow. https://t.co/Q71EhzptQC

Still, the administration said it is proud of the work it has done in reducing homelessness, and says it is committed to ensuring veterans have stable housing.

“We owe it to our veterans to make certain they have a place to call home,” HUD Secretary Ben Carson said. “We’ve made great strides in our efforts to end veteran homelessness, but we still have a lot of work to do to ensure those who wore our nation’s uniform have access to stable housing.”

Each year, thousands of local communities around the country conduct one-night ‘Point-in-Time’ estimates of the number of persons experiencing homelessness—in emergency shelters, transitional housing programs and in unsheltered locations.  This year’s estimate finds 37,878 veterans experienced homelessness in January 2018, compared to 40,020 reported in January 2017.

HUD estimates among the total number of reported veterans experiencing homelessness in 2018, 23,312 veterans were found in sheltered settings while volunteers counted 14,566 veterans living in places not meant for human habitation.

HUD attributes much of the reduction to its HUD-VA Supportive Housing Program. It explained this program uses technology to identify the most vulnerable veterans and quickly connect them to the appropriate interventions to become and remain stably housed. 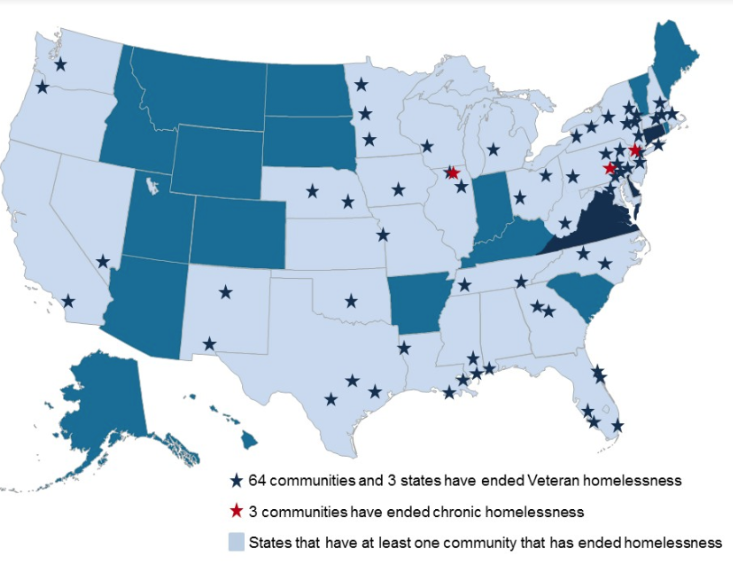 “In Home, Together, the new federal strategic plan to prevent and end homelessness, we redouble our commitment to ending homelessness among veterans and among all Americans,” said Matthew Doherty, executive director of the U.S. Interagency Council on Homelessness. “Working together at the federal, state and local level, we can and will continue to make progress until all Americans have a stable home from which they can pursue opportunity.”