Low income renters are struggling with housing needs as they fight against competition for the shrinking number of affordable units, according to a new analysis from Harvard University’s Joint Center for Housing Studies.

The chart below shows that, while rental unit availability rose as a faster rate than most income brackets from 2006 to 2016, that is not the case for the highest-income renters ($80K+ income).

However, these high-income renters are not in a crisis. They have the option of renting a cheaper unit, or even buying a home. Not an option for lower income families.

Housing is a growing, the real struggle is for low-income renters, who did not just outpace the rate of rental unit growth – they actually saw a decrease in the number of units they can afford. 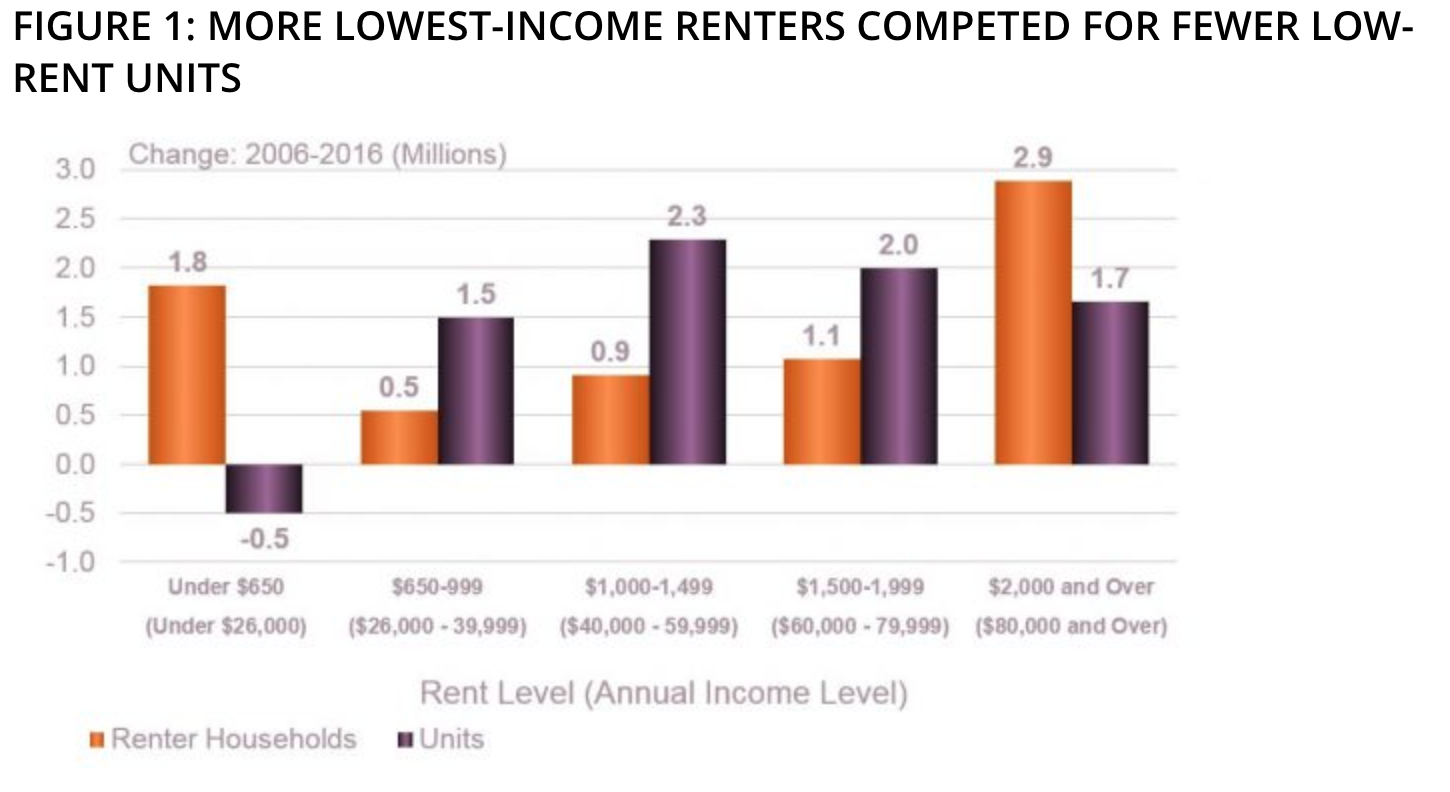 “New supply is clearly not coming online at these low rent levels,” JCHS stated in its report. “Moreover, not enough existing units are filtering down to counter those lost to abandonment, higher rent levels, or conversion to higher-end condominiums. This increasingly tight low-end rental market is driving up cost-burden rates for the growing numbers of low-income renter households that are forced to pay more than 30% of their income in rent.”

But that could be taking a turn for the better. In September, the national average rent decreased, if only just slightly, for the first time in eight months.

However, as interest rates make buying a home even less affordable, more and more consumers may be turning to renting as their only option. This could create even more pressure in an already competitive market.

Metropolitan Policy Program fellow at the Brookings Institution Jenny Schuetz, recently said in a roundtable discussion that the lopsided boom in apartment construction has created an imbalance in the rental market that will be tough to remedy.

“We’ve seen supply finally start to catch up at the high end,” Schuetz said. “We would expect that’s eventually going to translate into at least more stable rents in the middle of the distribution, possibly lower, but it’s going to take a while for that to happen.”