The cost to originate a mortgage increased significantly in 2018, and that increase now threatens even nonbank online lenders.

The cost of originating a mortgage hit all-time highs back in 2013 and 2014, but now, those costs are up once again and much like before, hitting all-new highs, according to the last Quarterly Mortgage Bankers Performance report from the Mortgage Bankers Association.

And because of these increasing costs, even some of the nation’s largest banks including Wells Fargo, JPMorgan Chase and CitiBank saw a decrease in their mortgage banking revenue in the second quarter of 2018.

Now, a new study from Deloitte Center for Financial Services and LendIt Fintech shows nonbank online lenders are also struggling with the cost of funding a loan.

The graphs below show the cost of funding was the highest concern, followed by liquidity, inability to diversify, lack of demand and regulatory. 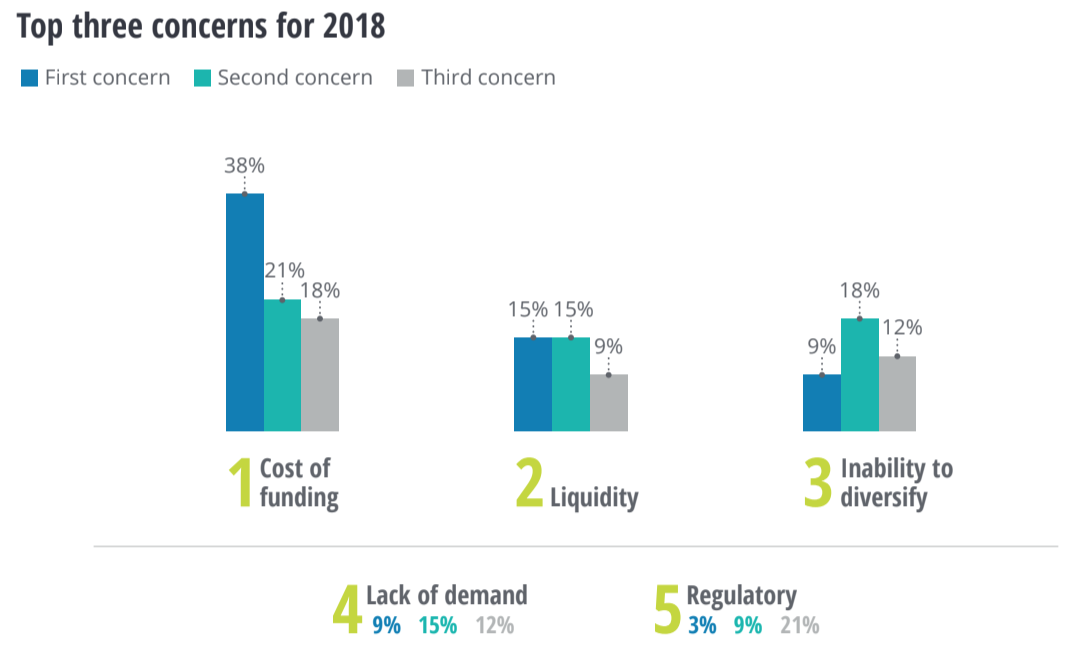 But the survey also found that the concern over the costs of funding decreases significantly as the company’s size increases. While the average weighted cost of financing reported by the respondents ranged widely from single-digit to double-digit percentages, the survey confirmed larger nonbank lenders had greater ability to lower their cost of funding than smaller players could.

Of course, the study also points out that big nonbank lenders tend to be older, more established companies.

The survey indicated that when lenders are able to narrow the band of cost of funding with some level of predictability and maintain profits, it creates an attractive value proposition for second-stage investors, such as securitization, which could create a snowball effect of lowering funding costs.

Also, the larger a lender grows, the more it is able to pass on its savings costs to its consumers, holding more competitive rates over time.

The charts below show larger companies are able to increasingly able to save money by moving toward increased securitization. 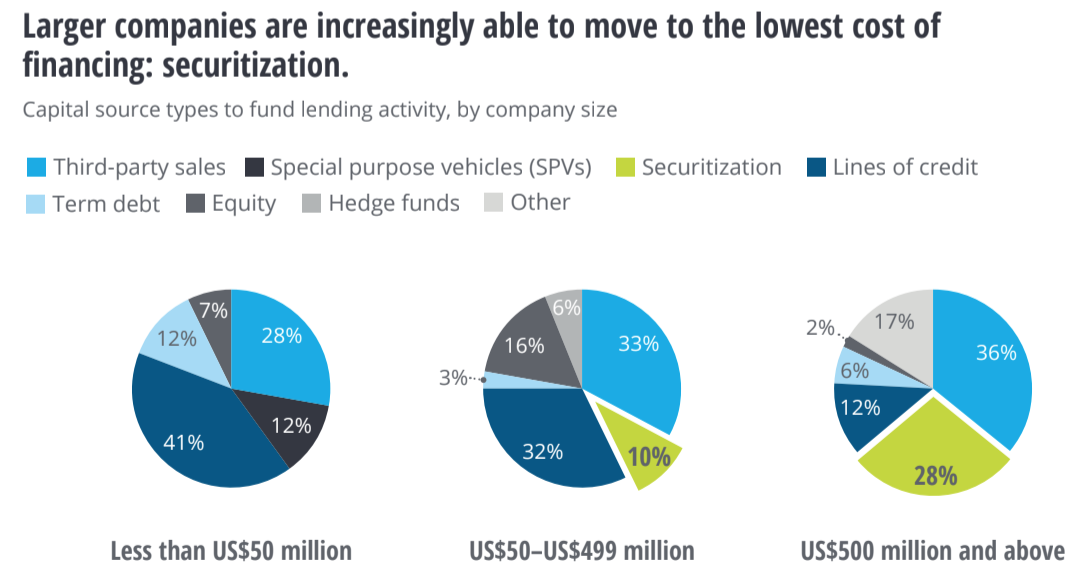 But the good news for online lenders is the industry is growing more mature as the number of startups decrease. The study shows online lending has become a fixture of the overall lending ecosystem.

“Investors seem to feel comfortable with the business model of online lending companies, but, also, they appear to be happy to invest more into a market in which an increasing number of participants have established track records,” the study stated.