According to a blog on Inman.com, something like 80% of Realtors don’t renew their membership to the National Association of Realtors after two years.

Why is this? The short answer is: it’s a hard business to make a living in.

Much of what goes into making life difficult for Realtors is a litany of fees they can accrue just to be competitive.

So could you survive without being nickel and dimed to death. Here’s a case study of someone fighting that very same fate.

Jeff Johnston, a Realtor with eXp Realty (pic, bottom left), is in his second year as a Realtor. He came to the real estate business in search of relief from the absolute battering the energy industry was taking in 2015, where he worked as a capital arranger.

“I went from making a reasonable living down to nothing, and I liked sales and thought, ‘what am I going to go do? Housing market’s good right now, and I like the transition of helping people versus being an outlet for rich people to gamble,’” Jeff said of his decision to become a real estate agent.

Jeff was excited to start his new career, but what he wasn’t prepared for was how difficult it can be to make a living in the first couple of years of being in the real estate business. 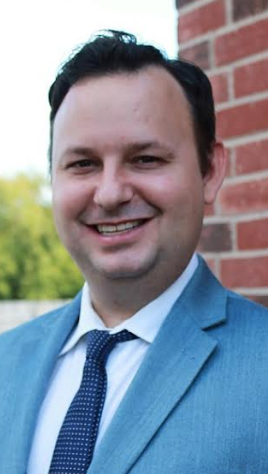 According to him, what no one tells you is that most new Realtors have to wait six months before ever seeing any money. On top of that, there are expenses that a Realtor racks up over the course of year, some optional, some not.

For Jeff, when all was said and done, he spent more than $10,000, not including what he has to spend on brokerage fees.

What this means is that Jeff’s take home pay is still roughly 50% what he earns before taxes. He did about $3,000,000 in sales in his first year as a Realtor.

Sounds promising. But even with an industry-standard 3% commission, much of that will go to fees to other, related counter-parties, such as their brokerage. For Jeff, for example, he also spent roughly $11,000 on generating that $3,000,000 in sales.

One of the non-negotiable expenses is a membership to the National Association of Realtors. Most real estate agents have this designation and paying your NAR dues gets you access to the all important Multiple Listing Service, which Jeff wonders how any serious real estate agent functions without. The membership is roughly $800 per year.

Then there are things like closing gifts, gas, dry cleaning, etc. All the little things that become big things when you tally them up year after year. Jeff puts about 2,000 miles on his car per month, and with gas prices on the rise, that’s a large chunk of change to throw into the gas tank and car maintenance over the course of a year.

Other things he spent big money on were marketing materials and leads. This is where you can get in trouble in a hurry.

Online leads from sites like Zillow and Realtor.com are priced based on zip code, and if you want to regularly receive new leads you could easily be shelling out $1,000 per month for leads in a decent area, according to Jeff.

“You can quickly go broke as a brand new agent when you buy into those types of things,” Jeff said.

The crazy thing is that these aren’t the most reliable of leads. Some leads are born from accidental clicks and some of the real leads are from people who won’t be ready to buy for another 12 months.

“What frustrates me getting hit by is the companies like Zillow and Realtor.com and Zurple, etcetera. You know, everybody has that fix for you, but nobody guarantees that fix,” Jeff said.

What Jeff learned in his first year is that there is no silver bullet for real estate success no matter how much people want you to believe their service is it. That said, Jeff knows there is a price that has to be paid. Leads don’t fall out of the sky.

“You can try to do it at low to no cost, you can work at a bunch of open houses…just like almost everything in sales, you can do the sweat equity, or you can pay for your data,” Jeff said.

For him the looks like paying a monthly fee for a sophisticated dialing system where his pipeline of deals is dependent on how much time he spends calling potential clients. He’s putting in the sweat equity.

“To be determined,” Jeff said.