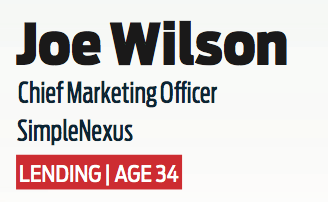 Joe Wilson, chief marketing officer at SimpleNexus, joined the company in early 2017 to head the sales and marketing team. Prior to SimpleNexus, Wilson began as a loan originator at a mortgage company where he eventually decided to leverage his hands-on experience to start selling mortgage systems, instead of home loans. He was recruited by a West Coast-based LOS provider, where he  first was in sales, then product manager, responsible for road shows and sales training. He returned as an executive vice president of technology for a large mortgage lender where he was introduced to SimpleNexus as one of his customers.

Under Wilson’s leadership, the SimpleNexus sales and marketing team grew from one to nine employees. The team’s combined effort has tripled the company’s size of clients, leading the SimpleNexus digital mortgage platform to be used by 15 out of the top 25 retail lenders in the country. Wilson’s efforts led him to be a regular speaker at industry events including MBA, TMC and LOS user conferences and has been awarded a Circle of Excellence award at Ellie Mae. 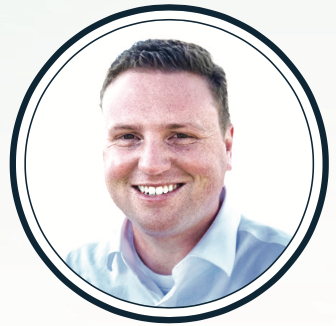 I could tell myself a lot, but I probably wouldn’t have listened! But really, prioritizing and goal-setting is more important than I thought, so I would encourage myself to be more dedicated to that.