As one of the first employees hired by National MI in 2013, when the private mortgage insurer was still a fledgling company, Elaine Till has grown alongside the company. Initially hired to work as a senior specialist in National MI’s solution center, Till has since moved on to three other positions. Till also assisted in testing and developing the National MI AXIS loan origination system.

She moved to Seattle, Washington, to nurture customer accounts and grew business in Washington state and Oregon by 50% during her time there. Due to her success, Till was recently promoted to account manager for the Oregon and Hawaii regions.

Throughout Till’s five years at National MI, she has repeatedly been a recipient of the company’s “Home Run” awards, given to employees who go above and beyond in their service to clients. She has also been nominated for the company’s prestigious Pinnacle Award, which recognizes employees who have had a great impact on the company’s success. 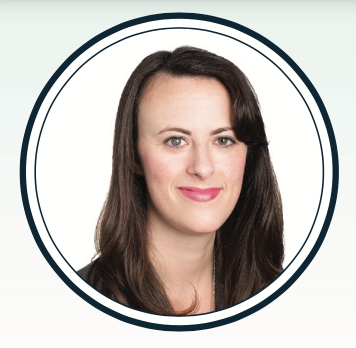 WHAT IS ONE THING YOU WOULD TELL A YOUNG- ER VERSION OF YOURSELF?
I would tell a younger version of myself to be open to unexpected opportunities. Ten years ago, I never would have guessed I’d be working in the mortgage industry. But a series of opportunities arose and I jumped at the chance to try something new. This career choice has been more fulfilling than I ever would have expected!