Mortgage rates increased once again for the seventh consecutive week, and the 30-year rate even hit its highest point since April 2014, according to Freddie Mac’s Primary Mortgage Market Survey. 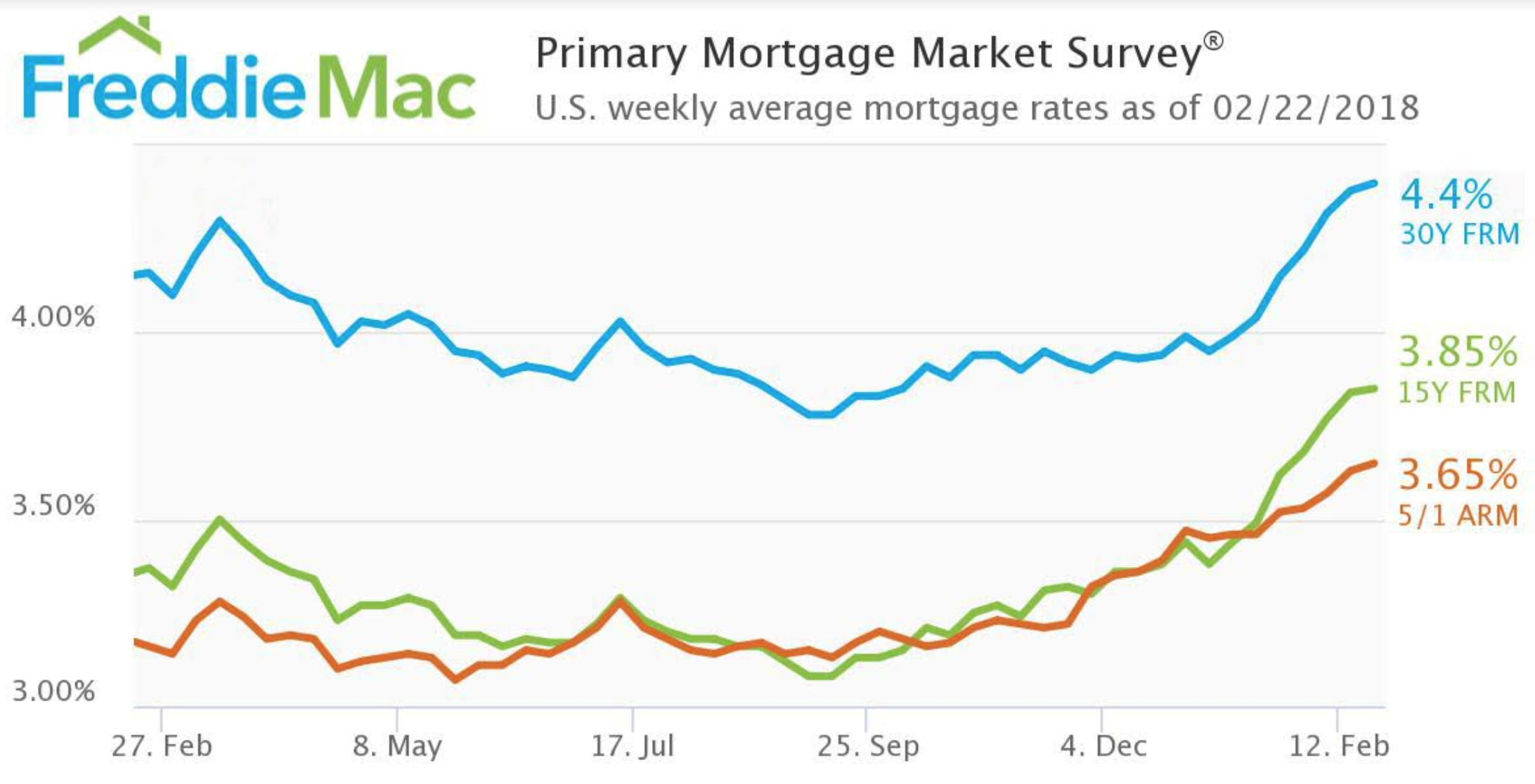 The five-year Treasury-indexed hybrid adjustable-rate mortgage increased from last week’s 3.63% and last year’s 3.16% to 3.65% this week.

“Following the close of our survey, the release of the FOMC minutes for February 21, 2018 sent the 10-year Treasury above 2.9%,” Kiefer said. “If those increases stick, we will likely see mortgage rates continue to trend higher.”