Housing starts in Las Vegas, Nevada, surged to housing boom levels at the end of 2017, according to a new survey from Metrostudy, a provider of primary and secondary market information to the housing and related industries. 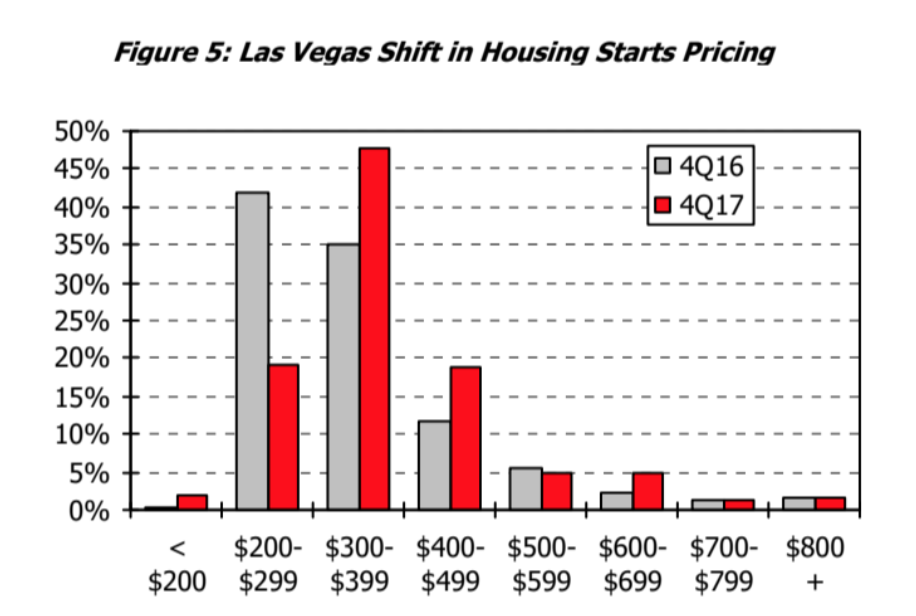 “Production of all homes – including attached – priced under $200k has been nearly eliminated as base prices have shifted into the $300k-$500k range,” said Greg Gross, Regional Director of Metrostudy’s Las Vegas market. “4Q17 marks the quarter that the market begins to see less product below $300k, as only 21% of starts were below $300k range, where as last year, 42% were.”

Las Vegas remains an in-migration market, mainly adding population from residents from southern California residents disillusioned with the rising costs of housing, taxes and declining purchasing power, according to the study. The mix of these factors will continue to make Las Vegas an attractive alternative to southern California for the foreseeable future, which should aid in the continued growth of the area’s economy and population base.

Metrostudy forecasts the city will add a total of 10,400 new home starts in 2018 as demand continues to surge.