Home price increases picked up the pace once again in October, especially in the Pacific region, according to the latest House Price Index from the Federal Housing Finance Agency.

But in some regions, that increase was much higher.

The chart below shows home prices continue to rise, unchecked since 2012, and have long since surpassed their previous high. 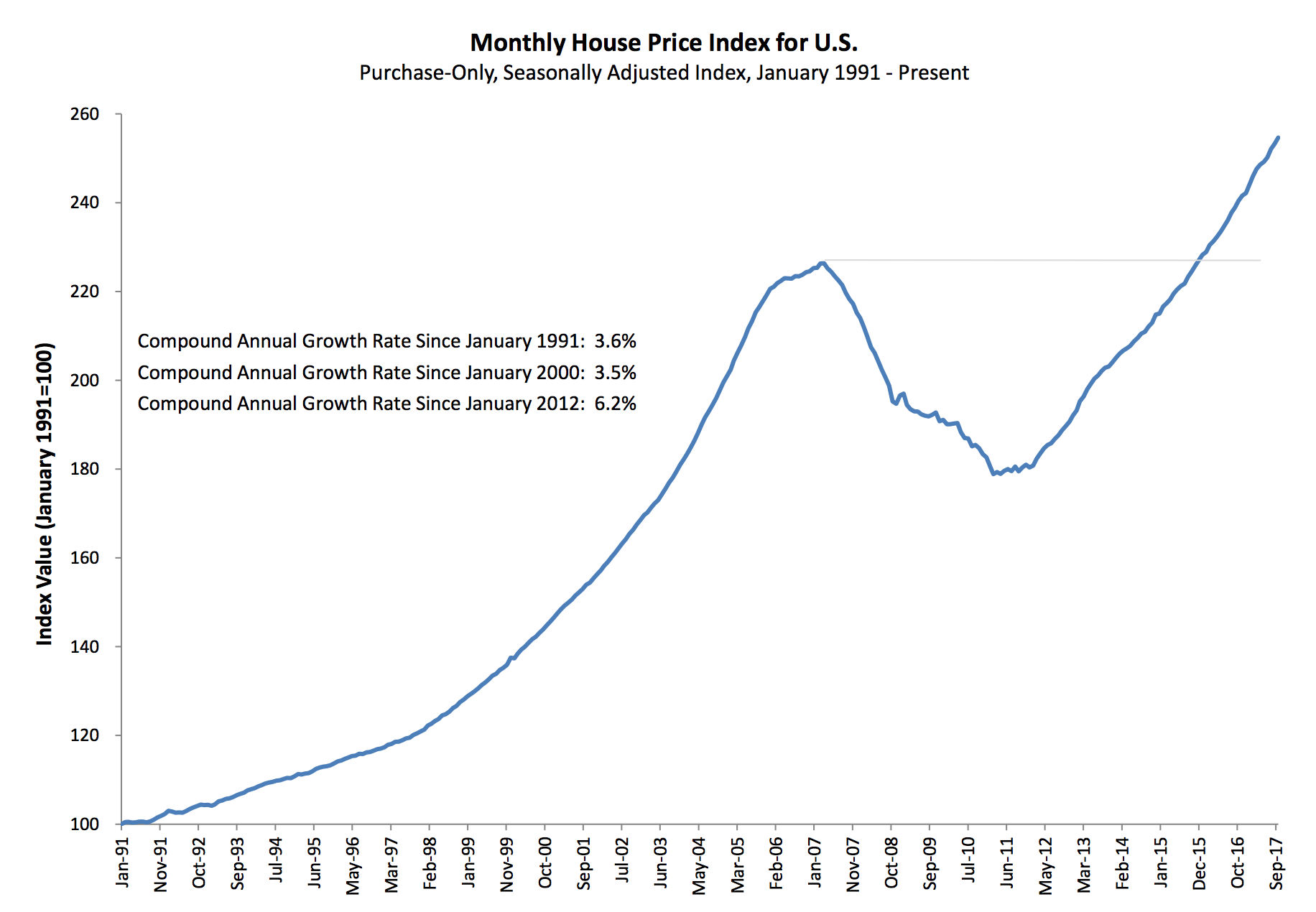 Refis stubbornly make a bit of a comeback

The week following Labor Day saw a flurry of mortgage loan application activity, with volume jumping by 4.9% for the seven days ending Sept. 17, according to the MBA. Refis were on the front foot again.