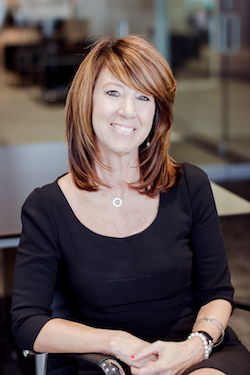 Citywide was a stable, but small, mortgage banker when Whitehead became the CEO in 2012. Despite the stress of mountains of regulations, Whitehead has managed to accomplish lofty goals in the last year, with the company experiencing unprecedented growth, adding an astounding 10 branches. Even when faced with the recent plateau in the mortgage market, Citywide has grown seven-fold in the past five years, going from $400 million in annual volume in 2010 to more than $3 billion in annual production in 2016.

Prior to 2017, Whitehead and Steve Goorman, Citywide’s president and founder, comprised the entire executive team.  In the midst of this season of growth, Whitehead built an executive team from the ground up, adding experienced professionals and invested leader. This executive team growth is a direct result of Whitehead’s insistence of never losing sight of the company’s endgame: a satisfied borrower.

In the summer of 2014, Whitehead created the program Makeovers from the Heart, a charity initiative that makes over homes for deserving families. The program was launched in November of 2014 and each holiday season, Citywide goes into the community and solicits nominations of deserving families. To date, Citywide has made-over 19 homes. Some projects have been small, just a single room in the house. Others have been complete makeovers, including plumbing, electrical, flooring, appliances, furniture, new kitchens and new bathrooms.

What one habit has made a crucial difference in your success?

“Being able to take a beating and still move forward.”