With more than 30 years of experience in helping grow Guild into a Top 10 independent mortgage lender, Executive Vice President and Chief Operating Officer Terry Schmidt has led efforts to improve the mortgage industry in many ways. 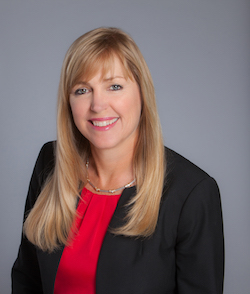 Since her career began at Guild in 1985, Schmidt has worked to develop, empower and inspire leaders at the company, throughout the mortgage lending industry and in her community. Schmidt has been the driving force in leading Guild Mortgage’s senior management team in the development and execution of a strategic business and financial plan that has helped the company grow to become one of the nation’s largest independent mortgage lenders.

Schmidt is responsible for financial and investor reporting, budgeting, cash management, warehouse lending and human resource functions at Guild. Schmidt has helped increase Guild’s national market share every year since beginning the company’s long-term growth plan in 2008; the company now has more than four times the national market share it had in 2009.

She has also developed sophisticated reporting systems for measuring branch performance as part of Guild’s entrepreneurial approach. Her versatility extends from the financial aspects of the business to product development, advertising and systems design.

Perhaps most impressively, Schmidt led the efforts to establish Guild’s first nonprofit organization, the Guild Giving Foundation, in 2017. The program was launched to encourage volunteerism among Guild’s more than 4,000 employees and deliver on its mission to inspire positive change in every community it serves.

“A constant quest for learning and seeking better ways to lead the organization.”