As Huntington’s executive vice president of consumer and mortgage lending, Jay Plum has transformed the bank’s home lending business during his eight-year tenure. Over the last 12 months, his vision and leadership have driven Huntington to outperform other lenders and help more families than ever with their lending needs.

In 2016, Plum’s consumer and mortgage lending business achieved more than $9 billion in originations — a record year for the bank. Huntington recently became the top purchase lender in Ohio and second in Michigan. The bank now ranks highest for closed loans per mortgage loan officer compared to other lenders in the company’s expansive peer group. In consumer lending, Huntington now ranks No. 1 for home equity in several categories, including home equity line of credit production ranking/market share out of 20 in-footprint lenders, per ICON Analytics. 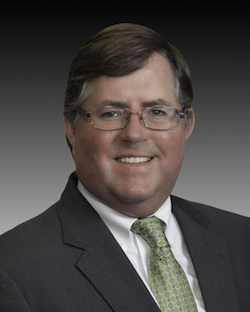 Part of the sales growth is a result of Plum’s decision to invest in a new loan origination system, which recently launched across Huntington’s eight-state footprint after years in development. The system simplifies the lending process, increases loan production and allows the bank to better communicate with borrowers.

Huntington recently earned an “outstanding” rating from the Office of the Comptroller of the Currency for its Community Reinvestment Act Performance Evaluation. This rating is a large result of initiatives Plum launched within the mortgage lending business to meet the needs of low- to moderate-income families, including a promotion waiving lender closing costs for borrowers purchasing homes in low- to moderate-income census tracts.

“My grandmother often remarked: “Work hard, treat others the way you want to be treated, and if you need to get something done, you have your own two hands.”