In January 2015, Ryan O’Hara was named CEO of Move, the company that oversees operations for realtor.com, and since then he has been instrumental in the unprecedented growth for the home-listing site. Since O’Hara joined Move, realtor.com has seen consumer engagement double to 58 million average monthly unique users through Q2 2017. Users viewed an average of over 2 billion pages and spent an average of more than 1 billion minutes on the realtor.com website and mobile applications each month. 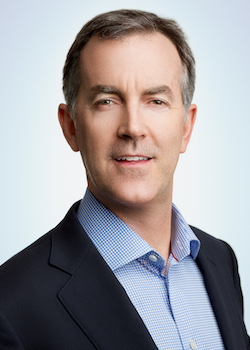 Realtor.com generates the majority of its revenue through the sale of listing advertisement products, which allow real estate agents, brokers and franchises to enhance, prioritize and connect with consumers on for-sale property listings. Under O’Hara’s leadership, revenue at Move increased $37 million, or 10%, to $394 million in fiscal year 2017, from $357 million in fiscal year 2016.

“Nothing in this world can take the place of persistence. Talent will not: nothing is more common than unsuccessful men with talent. Genius will not; unrewarded genius is almost a proverb. Education will not: the world is full of educated derelicts. Persistence and determination alone are omnipotent.”

Recent Realtor.com innovations include strengthening local information with school search, transit maps and nearby amenities, the debut of an iMessage feature which allows mobile users to share listings with friends and family, patent pending utilization of augmented reality in Sign Snap and Street Peek, and My Home, which empowers homeowners to manage their home as an investment.