Under the leadership of President and CEO Mary Ann McGarry, Guild Mortgage has grown to become one of the largest independent mortgage lenders in the country, dedicated to helping first-time homebuyers achieve homeownership. 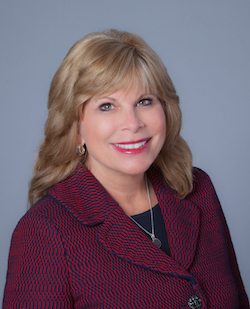 Guild’s financial growth rate has been among the highest in the industry, and the company is now a Top 10 national lender by purchase volume. Under McGarry’s direction, Guild achieved record loan volume of $15.9 billion in 2016, which was up 15.3% from $13.8 billion in 2015. Guild’s growth has continued in 2017, as Guild reported a record overall loan volume of $7.3 billion for the first half of the year, up 7.1% from $6.8 billion in the same period of 2016. The increase was propelled by a purchase loan volume jump almost 50% from the first quarter to the second quarter of 2017.

McGarry, who began her career at Guild in 1984, has established a core philosophy in which Guild’s senior leadership listens to and values feedback from the company’s more than 4,000 employees nationwide. According to McGarry, this inspires great leaders throughout the organization and allows Guild to excel at finding the right solution for each individual borrower, ultimately allowing more people to get into homes and stay in their homes.

“In order to lead, you need to be fearless and attract talented people, listen to them and trust their judgment. A talented team will find a solution where no one individual can.”